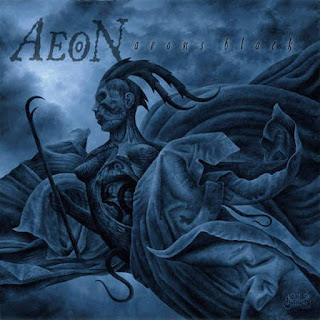 Posted by OccultBlackMetal at 9:47 PM No comments: 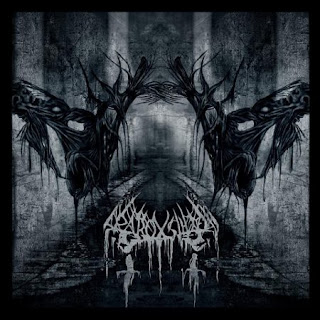 Bandcamp
Posted by OccultBlackMetal at 2:11 PM No comments:

1. Can you tell us a little bit about the band for those that have never heard of you before?


Cheers,  thanks for having The Black Moriah on your site. We are blackened thrash metal for a desert funeral. We combine the elements of Black, Death, Thrash, and Speed metal with the imagery of the American Western desert territories.

We play the hymns a condemn man may hear as he awaits his end at the gallows.

We tell tails of debauchery, gambling, bloodlust, alcohol, bounties, the hunt, the hunted,

The Black Moriah is a wagon hearse used in Tombstone Arizona to transport the dead. Built in the 19th century, The Black Moriah escorted nearly all the inhabitants of Boot Hill Cemetery to their final resting place.

5. What are some of the best shows that the band has played so far and how would you

TBM strives to execute a precise procession every performance. We appear as 5 pall bearers ready to lay waste to the crowd. Since the rabid response of our debut show the enthusiasm of our crowds has grown steadily

6. Do you have any touring plans for the future?

We have our eyes toward the western territories.

7. Currently you are unsigned, are you looking for a label and if so what kind of label do you feel that would be a perfect fit for the music?

With the release of our debut album “Casket Prospects” we shall seek out the support of labels to spread our Vulture Culture to the masses. We would look to labels that are musicians themselves or that can work closely with musicians.

8. On a worldwide level how has the feedback been to your music by fans of underground metal?

We have received strong responses world wide. Many labels, distros and other production companies have shown great interest thus far. We have been honored with positive reviews throughout the U.S. Europe, Russia, Indonesia, and South America.

I have reached many metal heads in Brazil. The metal scene is far larger there than I could have imagined!

9. What direction do you see your music heading into on future releases?

With the inception of our second album “Road Agents of the Blast Furnace” we shall develop our brand of blackened thrash and further delve into the occult secrets of the barren landscapes of the western deserts.

10. What are some bands or musical styles that have influenced your music and also what are you listening to nowadays?

TMB is born from the old school. We come from the roots of Death, Black, Speed, and Thrash metal. Current bands we listen would be; Aura Noir, Mayhem, Dark Throne, Slayer, Entombed. The list could go on…

11. How would you describe your views on Occultism?

TBM has, from it‘s inception, been steeped in the alchemical tradition of transformation. We weave many paths into that which is Vulture Culture.

12. Outside of music what are some of your interests?

13. Any final words or thoughts before we wrap up this interview?

Thanks again, John Larsen, for this forum to spread our plague. Visit our website, www.theblackmoriah.com, to sign up for the Telegram, download the demo, see photos and find out where we’ll be playing next, and find us on facebook at www.facebook.com/TheBlackMoriah


Posted by OccultBlackMetal at 9:32 AM No comments: 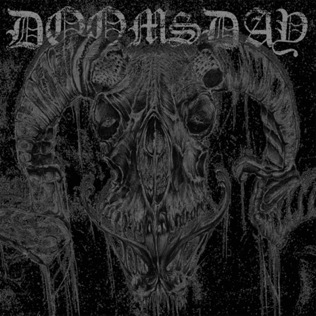 Doomsday  are  a  band  from  Chicago,  Illinois  that  consists  of  veterans  from  the  underground  metal scene  with  a  musical  style  that  combines  black  metal  with  death  metal  and  crust  and  this  is  a  review  of  their  self  titled  album  which  was  released  by  Disorder  Records.