1. Can you tell us a little bit about the musical project for those
that have never heard of you before?
. COAG, short for "Coalition of Abnormal Grindcore", is of course a Grindcore side project of mine, in which I am all alone, and I will keep it that way. Stylishly speaking, it's a mixture between oldschool & oldschool grind, including influences like black / death / brutal stuff, as well as hardcore, punk or even chaotic stuff. It was called "War Grind", I like this term.

2.How would you describe the musical sound that is present on the ep?
. Mostly the beginning of all projects, a sound trying to be original but still hailing the names of the leaders (Napalm Death, Dead Kennedys, Nasum, Siege, ...). It is a weird sound, brutal & raw but audible, meant to be as straightforward as possible.

3.What are some of the lyrical topics and subjects you explore with your music?
. Paradoxes, anti-society, anti-humanism, order from chaos, never stop the madness.

4.What is the meaning and inspiration behind the name C.O.A.G?
. COAG is meant to inspire people to act, not to facebookshare something. If you want people to be vegan, act. If you want to stop animal cruelty, act. As well, COAG stands for this huge stupid amount of ignorant people. It is completely against modern society, in which there's no more than hypocrisy. This is what it's all about.

5. With this musical project you are all solo, how would you compare
being solo to being in a full band?
. Solo, you're doig everything, so firstly you're saving time and money. Secondly, you've got all freedom. If I want to put dubstepchristianblackcore in my music, I'm doing it. Of course I would like to make this live but I don't want to spend time/money to find people, rehearse, etc. I already have enough bands for this. COAG might be live one day, but I would be alone on stage.

6.What is going on with your other  full time band these days?
. Well, Deviant Messiah is on hiatus for now since I switched countries, far away from France. But we will do the first album, it's composed. We just need to record it, and we will all do it. As for Maladie, we finished the recording of the second album, already working on something new. That second album will be soon mixed/mastered by a big name in the german scene. Expect just but a quality release.

7.On a worldwide level how has the feedback been to your solo project
by fans of extreme music?
. I have two kind of feedback : the first coming from people, "fans" or friends, telling me how awesome it is and how it's giving them strenght and aggressivity. The second feedback comes from reviewers, telling how this release is really good but can be better, which is definitely true. As for now, I am really happy with the opinions of everyone concerning this. It just makes me want to go for more, and more.

8.What direction do you see your music heading into on future releases?
. Chaos, violence, noise. Stylishly speaking, you will, so, find even more violence, more chaotic moments (think mathcore), and some completely noise moments (I don't mean the "noise" music style like Merzbow or Masonna, but more like noise guitars, basses, voices on blast beats). I have for now one release ready for an upcoming split that will harshly introduce the new elements, and I am working on the first album which will be like a blast.

9.What are some of the bands and musical styles that have influenced
this project and also what are you listening to nowadays?
. Influences are like I said, NapalmDeath, Nasum, Rotten Sound, Siege, SOD, Anaal Nathrakh, FuckPig, Unphatomable Ruination, Robinson, Elisabeth, Nostromo, Hatebreed, ...
. These days I am listening mainly to "Eye of Solitude - Canto III", best funeral death/doom album of the year / "Ildjarn & Hate Forest" split / CarBomb / Stevie Wonder / Deathspell Omega / Possession (Belgium)

10.Outside of music what are some of your interests?
. Art in general, but I suck at painting, drawing, etc. I'm having fun with photoshop sometimes for artworks. Also, I am a music producer (recording, mixing, mastering), but know that I am not a professionnal, I don't have +10K€ gear, I am doing what I know and I am mostly into raw but hearable sounds. I did work for Zalys (Dark Ambient), Descent Into Despair (Funeral Doom), LVTHN (Raw Black Metal), and I am actually working on some funeral post doom band, as well as a progressive heavy/thrash band. I will work also for a pop/rock band from Bulgaria, and some others. Music is eating all my time, and I'm quite happy with it.

11.Any final words or thoughts before we wrap up this interview?
. Act
. Stop whining
. CTFAWS
. 333

Posted by OccultBlackMetal at 1:23 PM No comments: 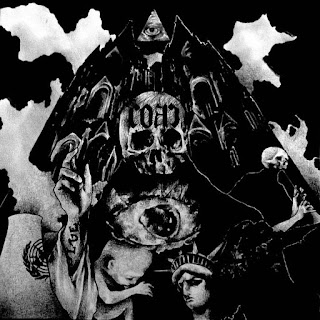 Rhythm  guitars  range  from  slow,  mid  pace d to  fast  riffs  that  combine  grindcore,  crust  and  black  metal  together  to  create  a  sound  of  their  own  along  with  some  melodic  riffing, as  for  the  lead  guitars  when  they  are  utilized  are  very  chaotic  sounding  grindcore  guitar  solos  and  leads.

https://www.facebook.com/coagrind
Posted by OccultBlackMetal at 11:10 PM No comments: 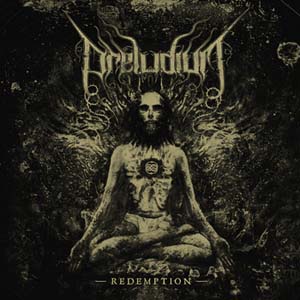 Song  lyrics  cover  morality,  determination,  and  escapes  from the  circles  of  life  and  death,  while  the  production  has  a  very  strong,  powerful,  heavy  and  professional  sound  to  it  where  you  can  hear  all  of  the  musical  instruments  that  are  present  on  this  recording.

http://transcendingobscurity.bandcamp.com/album/redemption
Posted by OccultBlackMetal at 6:16 PM No comments: 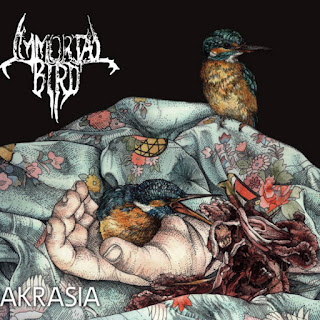 Posted by OccultBlackMetal at 9:32 PM No comments: 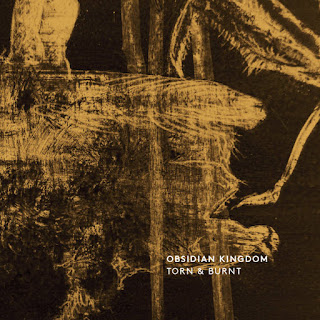 "Awake  Until  Dawn(Necro  Deathmort  Remix)"  starts  up  with  ambient  sounding  keyboards  along  with  some  drum  beats  a  few  seconds  later  and  after  a  couple  of  minutes  you  can  hear  some  black  metal  vocals  being  utilized  in  the  background.

Song  lyrics  are  used  rarely  with  the  album  being  all  remixes,  while  the  production  has  a  very  strong,  powerful,  heavy  and  professional  sound  for  being  a  self  released  recording.

In  my  opinion  this  is  another  great  sounding  album  from  Obsidian  Kingdom  and  if  you  are  a  fan  of  metal  or  electronic  music  genres,  you  should  check  out  this  recording.  RECOMMENDED  TRACKS  INCLUDE  "And  Then  It  Was( Oktopus  Remix)"  "Haunts  Of  the  Underworld(Drumcorps  Remix)"  and  "Answers  Revealing(Mothboy  Remix)".  RECOMMENDED  BUY.

Posted by OccultBlackMetal at 6:06 PM No comments: 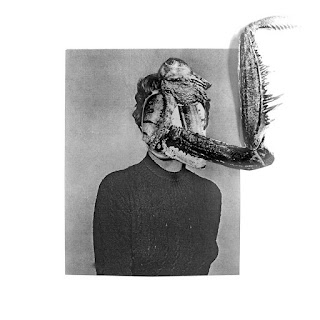 "Genteel  To  Mention"  is  introduced  with  soft  keyboard  playing  and  a  few  seconds  alter  drums,  bass  and  acoustic  guitars  kick  in  along  with  some  melodic  clean  singing  vocals  before  adding  in  guitar  leads.

Song  lyrics  cover  quiet  despair  and  utter  violence  themes,  while  the  production  has  a  very  strong,  powerful,  heavy  and  professional  sound  for  being  a  self  released  recording  where  you  can  hear  all  of  the  musical  instruments  that  are  present  on  the  album.

Posted by OccultBlackMetal at 4:53 PM No comments: 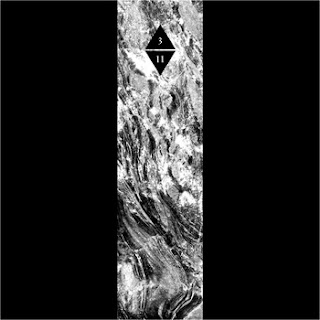 In  my  opinion  this  is  another  great  sounding  recording  from  Obsidian  Kingdom and  if  you  are  a  fan  of  experimental  black/death  metal,  you  should  check  out  this  ep.  RECOMMENDED  TRACK  "Maze".  RECOMMENDED  BUY.

Posted by OccultBlackMetal at 6:14 PM No comments: 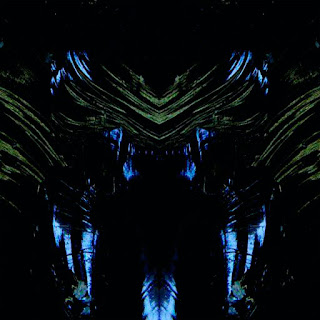 Posted by OccultBlackMetal at 5:38 PM No comments: 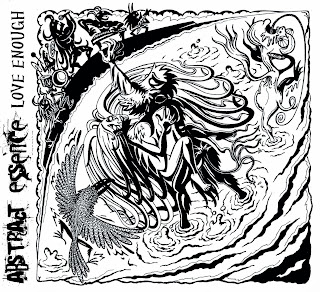 "Limitless  Futures"  kicks  off  with  melodic  guitar  solos  and  leads  before  adding  in  some  synths  and  heavy  guitar  riffs  along  with  some  drums  which  also  lead  up  to  some  spoken  word  female  vocals  before  going  into  black  metal  screams  along  with  growls  and  halfway  through  the  song  there  is  a  brief  use  of  psychedelic  sounds  being  utilized  along  with  some  shouts.

'Red  One"  hits  off  with  melodic  guitar  leads  and  progressive  synths  along  with  some  drum  beats  before  adding  in  symphonic  elements  and  heavy  guitar  riffs  and  a  minute  later  spoken  words  come  in  before  evolving  into  black  metal  vocals  which  also  lead  to  some  more  diverse  elements  and  death  metal  growls.

"Divine  Whore"  opens  up  with  synths  and  electronic  music  elements  along  with  some  clean  singing  before  adding  in  heavy  guitar  riffs,  drums,  bass  and  growls  and  a  few  seconds  later  black  metal  screams  start  showing  up  and  the  song  mixes  symphonic  and  heavy  parts  together.

"Love  Enough"  which  is  also  the  final  song  on  the  album  opens  up  with  some  soft  and  atmospheric  sounding  synths  and  a  few  seconds  later  electronic  music  parts  start  coming  in  and  out  which  also  leads  to  psychedelic  elements  and  melodic  vocals as  well  as  some  melodic  guitar  leads  a  few  seconds  later,  halfway  through  the  song  it  starts  getting  a  lot  heavier  along  with  some  more  aggressive  sounding  vocals  while  also  keeping  around  the  prog  and  synth  elements  and  you  can  actually  hear  the  bass  guitars  in  certain  sections.

Posted by OccultBlackMetal at 10:15 PM