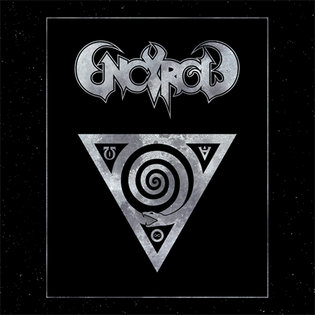 https://www.facebook.com/ encyrcle
Posted by OccultBlackMetal at 2:59 AM No comments: 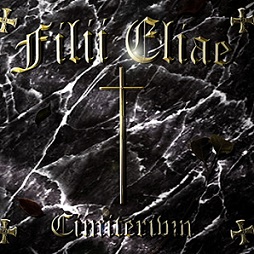 Filli Eliae  creates  another  album  that  combines  the  black,  gothic  and  doom  metal  genres  of  the  90's  together  but  done  with  a  more  updated  take,  the  production  sounds  very  professional  while  the  lyrics  are  written  in  Italian  and  cover  death,  occultism  and  darkness. 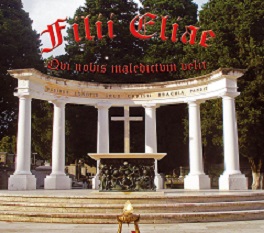 Filli  Eliae  creates  a  musical  style  that  mixes  black  metal  and  goth  with  Italian  doom  metal  along  with  a  touch  of  thrash  and  traditional  metal  to  create  a  sound  of  their  own,  the  production  sounds  very  professional  while  the  lyrics  are  written in  their  native  tongue  cover  death,  occultism  and  darkness.

Posted by OccultBlackMetal at 3:34 AM No comments: 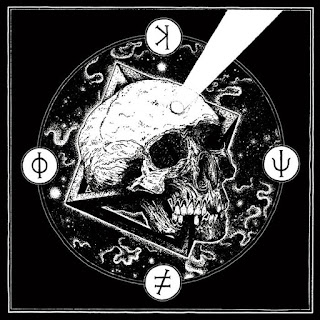 https://www.discogs.com/Fleshworld-Kehlvin-To-Deny-Everything-Thats-Mundane/release/7083299
Posted by OccultBlackMetal at 12:58 AM No comments: 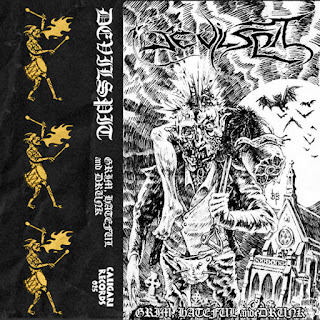 Posted by OccultBlackMetal at 1:11 AM No comments: 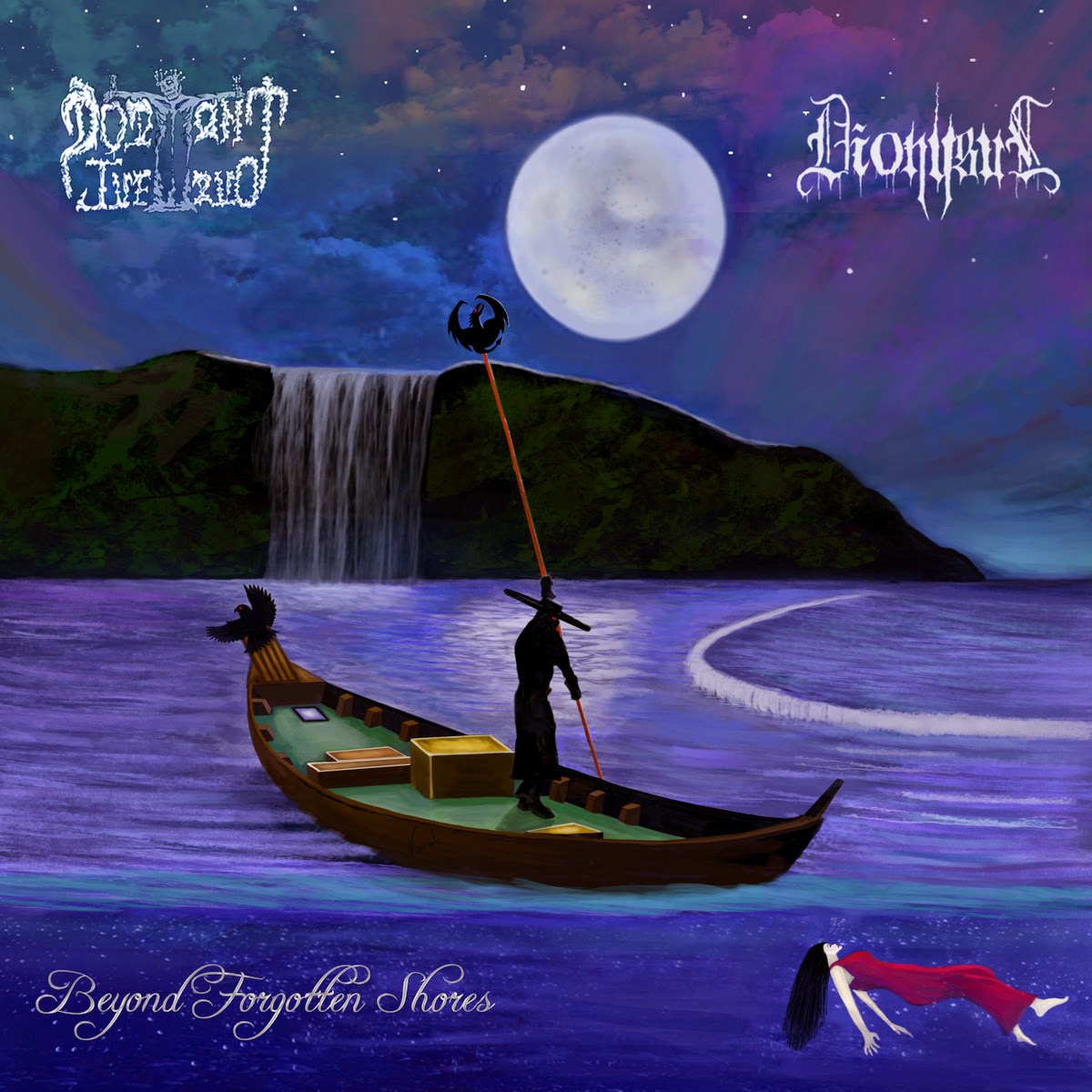 This  is  a  review  of  a  split  album  between  India's  Dormant  Inferno  and  Pakistan's  Dionysus  called  "Beyond  Forgotten  Shores'  which  will  be  released  in  April  by  Transcending  Obscurity  India  and  we  will  start  off  the  review  with  Dormant  Inferno  a  band  that  plays  an  atmospheric  mixture  of  doom  and  death  metal. 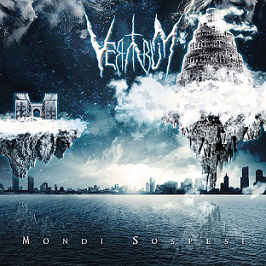 Tribal  style  beats  start  off  the  album  along  with  some  epic  synths  before  going  into  more  of  a  heavy  and  melodic  direction  and  the  solos  and  leads  also  demonstrate  a  great  amount  of  talent  and  skill  and  after  the  intro  death  metal  growls  are  added  onto  the  recording  along  with  some black  metal  screams  and  blast  beats.

Veratrum  plays  a  musical  style  that  is  mostly  in  the  brutal death  metal  area  but  also  incorporates  a  great  amount  of  black  metal  influences  and  some  symphonic  elements  which  also  gives  the  music  more  of  an  original  feeling,  the  production  sound s very  professional  while  the  lyrics  cover  ancient  spirituality,  theosophy  and  mythology.

Posted by OccultBlackMetal at 7:45 PM No comments: 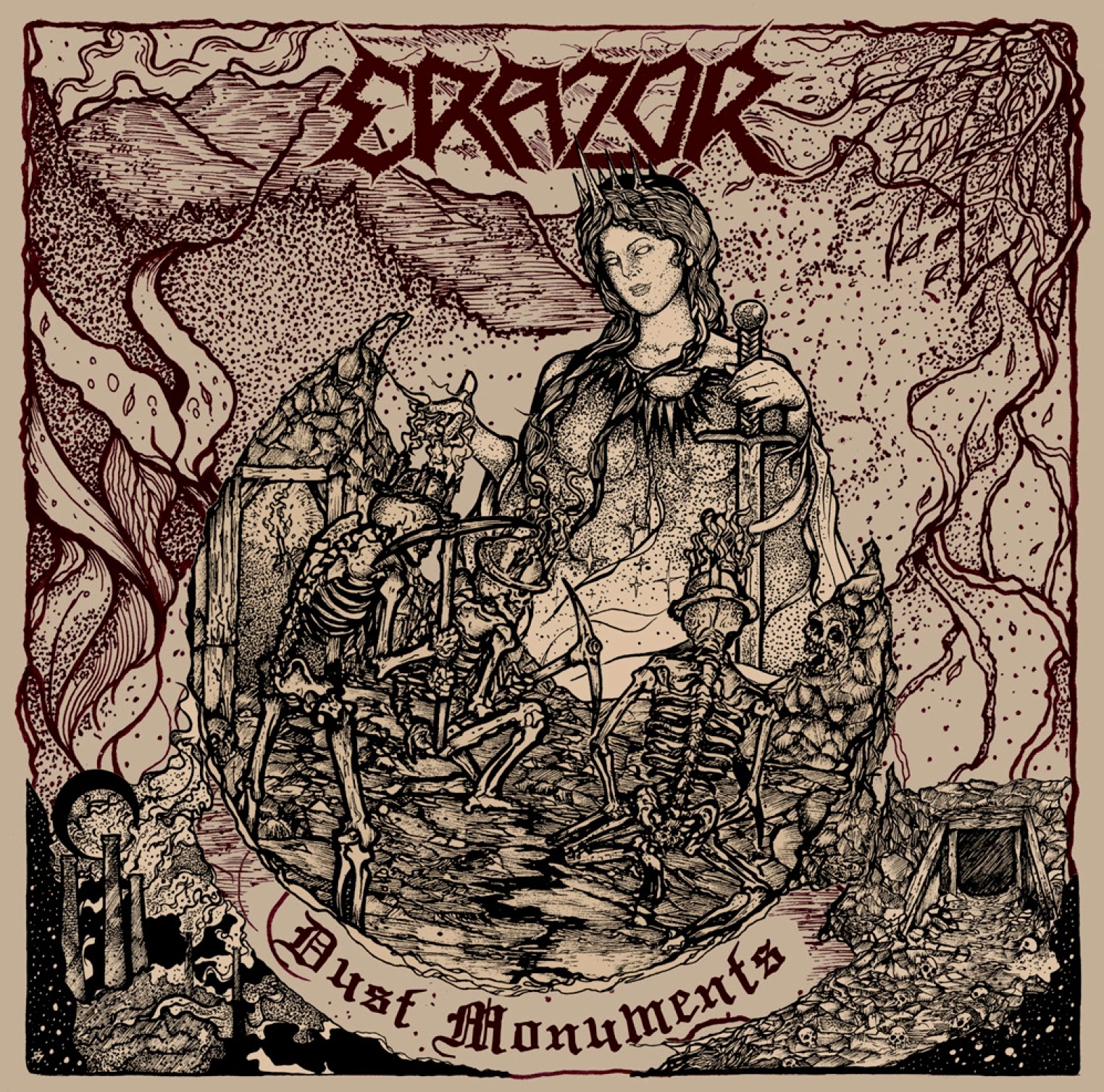 https://youtu.be/j9edZORSA6M
Posted by OccultBlackMetal at 9:15 PM No comments: 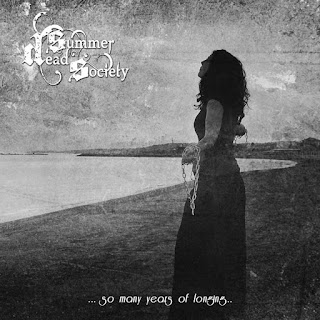 Dead  Summer  Society  creates  another  album  that  mixes  black,  doom,  and  gothic  metal  together  and  the  songs  are  very  dark,  melancholic,  melodic,  progressive  while  still  bringing  in  a  great  amount  of  heaviness,  the  production  sounds  very  professional  while  the  lyrics  cover  dark  and  depressive  themes.

Posted by OccultBlackMetal at 11:17 PM No comments:

Well, actually we went right back into the studio to record the follow up release to “A Healthy Dose of Hatred”. As of now we are looking at a late summer/early fall release. There are also some touring plans in the works later this year.

On “A Healthy Dose of Hatred”, we did the whole recording process ourselves. We wanted to capture a punch and a rawness to the sound that we felt would represent what we sound like live. I guess this time around this release differs in the way that the songs themselves are more straightforward and honest in their structure, and the soundscape is more of a live experience than our previous ones.

3.The band has been around since 2006 but so far has only released one full length and an ep, can you tell us a little bit more about the gap between releases?

We started out in 2006 and we released our first self-titled EP in 2008, our debut album, “Laughing through the Violence” saw the light of day in 2011 and then “A Healthy Dose of Hatred” which just came out February 2nd this year. We are, and have always been, a live oriented band. Our main focus has until now been the live-format and we have done a lot gigs near and far between releases. That is mostly the main reason why it has taken us so long. Other than your average band fights, fucktardness, major drama, pawned band equipment, hospitalized band members and band members enlisting in dodgy pyramid schemes, that is.

4.What are some of the lyrical topics that the band explores with the newer music?

Lyrically we have always dabbled with misanthropy, the lack of faith in man. The destructive forces of human greed and apathy, the mental decay of the modern society, how capitalism and the dream of wealth divides and corrupts. You know, the average feel-good themes!

5.What is the meaning and inspiration behind the name 'Blodspor'?

It was Lage and Kris that came up with the name back in the days. We just thought it sounded cool. Does not really have any significant meaning other than “traces of blood”. We are often thought to be a black metal band for those who just see the name and has not heard our music, which of course we are not. It`s not so strange that people would make that assumption though, since we are from the cold frozen utopia of Norwegian black metal, where band names like “konglefarer”, “sakkosekk”, “bunadkrig”,”elgstuing” og “vredeknikkers” are common.

6.What are some of the best shows that the band has played over the years and also how would you describe your stage performance?

That is a tough one! Our release gig in Oslo for “A Healthy Dose…” together with our friends in Shaving the Werewolf and Causing the Exile was fun. Sold out show, great atmosphere, great crowd and just one awesome night. We have played support for the legendary Napalm Death, toured with Vomitory from Sweden, played for a packed house at the Inferno Festival in Norway and done a ton of fun gigs all over the place. We always enjoy playing live no matter when or where! Our stage performance is best described as a soft, but firm, roundhouse kick to the eardrums. We always give 34,5 X 2.9 + (Y-3X) % live!

7.Do you have any touring or show plans for the new ep?

There will most definitely be some touring later this year. We are working on some dates in the fall.

8.The band members own Negative Vibe Records, can you tell us a little bit more about this label?

Negative Vibe Records is a DIY, non-profit record label. It is more of a band collective than your average record label. We started this back in 2011 when we were looking for someone to release our debut album. This was without success and we took matters into our own hands and founded NVR. Negative Vibe Records focuses on establishing a good and positive underground music scene for the lesser known bands within genres that are not really recognized by the larger labels in Norway.

9.On a worldwide level how has the feedback been to your music by fans of extreme metal and hardcore?

Generally, the feedback has been very good. Although one German journalist once told us that being at our show was like being a vegetarian locked up in a Burger King-joint with all the deep fryers on maximum boiling.

10.Are any of the band members currently involved with any other musical projects or bands these days?

Yes! Everyone has been or is currently involved in other projects, but with Blodspor as the main focus. Bent (guitar) has a doom band called Burn the Man, Kris (guitar) has a new project called OCD which Audun (vocals) also plays bass in, Andreas (bass) and Audun also play together in the tech metal band Silence the Sky and Lage (drums) used to play in a post/hardcore/grind outfit named HUSK.

11.When can we expect a full length album and also where do you see the band heading into musically during the future?

As of now there are only EP releases planned. Hopefully we will have two more releases out within the end of the year. We might start on our sophomore full length sometime next year. We have never set any kind of limitation to what we can or cannot do musically, so it is hard to pinpoint exactly what kind of direction we will be heading towards. In the past we have usually, unintentionally, made two or three songs in kinda the same vain, with the next two or three having a totally different vibe. Our debut album is a good example of this.

Hmm! We like a lot of the same stuff, but I think everyone of us brings something from their own personal influence to the table. I guess that the common denominator would be old Machine Head, the Burn My Eyes-era, Slayer, Sick of it All, Neurosis, some Mastodon, some Converge, some Hate Eternal, some Rancid and even some A-Ha.


13.What are some of your non musical interests?

Did you know reindeer like bananas and more people are killed by sand castles than by sharks?

Posted by OccultBlackMetal at 10:06 PM No comments: