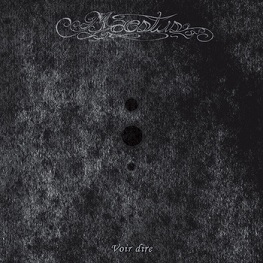 Maestus  takes  black  metal  and  doom/death  metal  and  mixes  them  with  atmospheric  and  ambient  music  along  with  a  great  amount  of  melody  to  create  an  epic  sound  of  their  song,  the  production  sounds  very  professional  while  the  lyrics  cover  despair  and  romanticism.


Posted by OccultBlackMetal at 8:26 PM No comments: 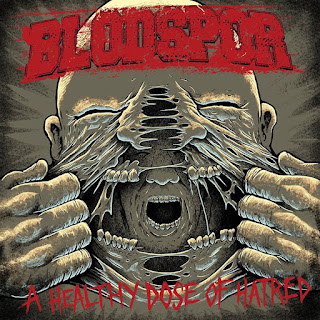 Blodspor  takes  influences  from  black,  death  meta,  grind,  and  hardcore  to  create a  sound  of  their  own,  the  production  sounds  very  professional  while  the  lyrics  are  written  mostly  in English  with  one  song  written  in  Norwegian  and  they  cover  war  themes.

Posted by OccultBlackMetal at 7:29 PM No comments: 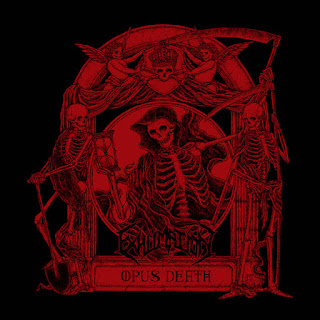 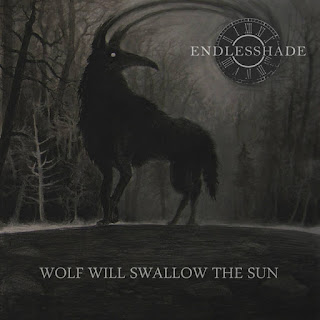 A  very  dark  and  atmospheric  sounding  keyboard  starts  off  the  album  and  after  a  couple  of  minutes  the  music  starts  going  into  more  of  a  heavy  and  melodic  doom  metal  direction  which  also  introduced  spoken  word  parts  to  the  recording  along  with  a  great  amount  if  deep  death  metal  growls  and  some  black  metal  screams  being  utilized  at  times.

Endlesshae  plays  a  style  of  doom/death  metal  that  is  very  heavy,  melodic  and  atmospheric  sounding  and  also  incorporates  a  lot  of  black  metal  elements  to  create  a  sound  of  their  own,  the  production  sounds  very  professional  while  the  lyrics  cover  darkness  and  nature  themes.

Vid for sharing
Facebook
Posted by OccultBlackMetal at 11:38 AM No comments: 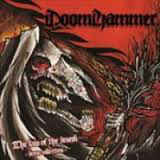 https://www.metal-archives.com/bands/Doomhammer/3540301478
Posted by OccultBlackMetal at 3:50 AM No comments: 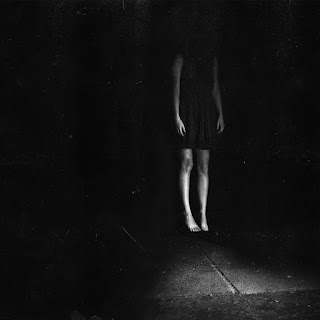 https://darkcircles.bandcamp.com/album/mmxiv
Posted by OccultBlackMetal at 5:39 AM No comments: 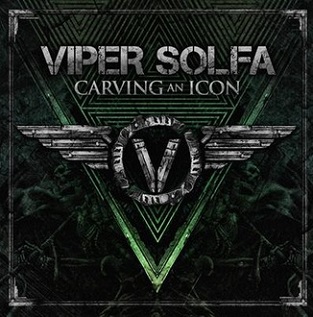 Posted by OccultBlackMetal at 11:42 PM No comments: 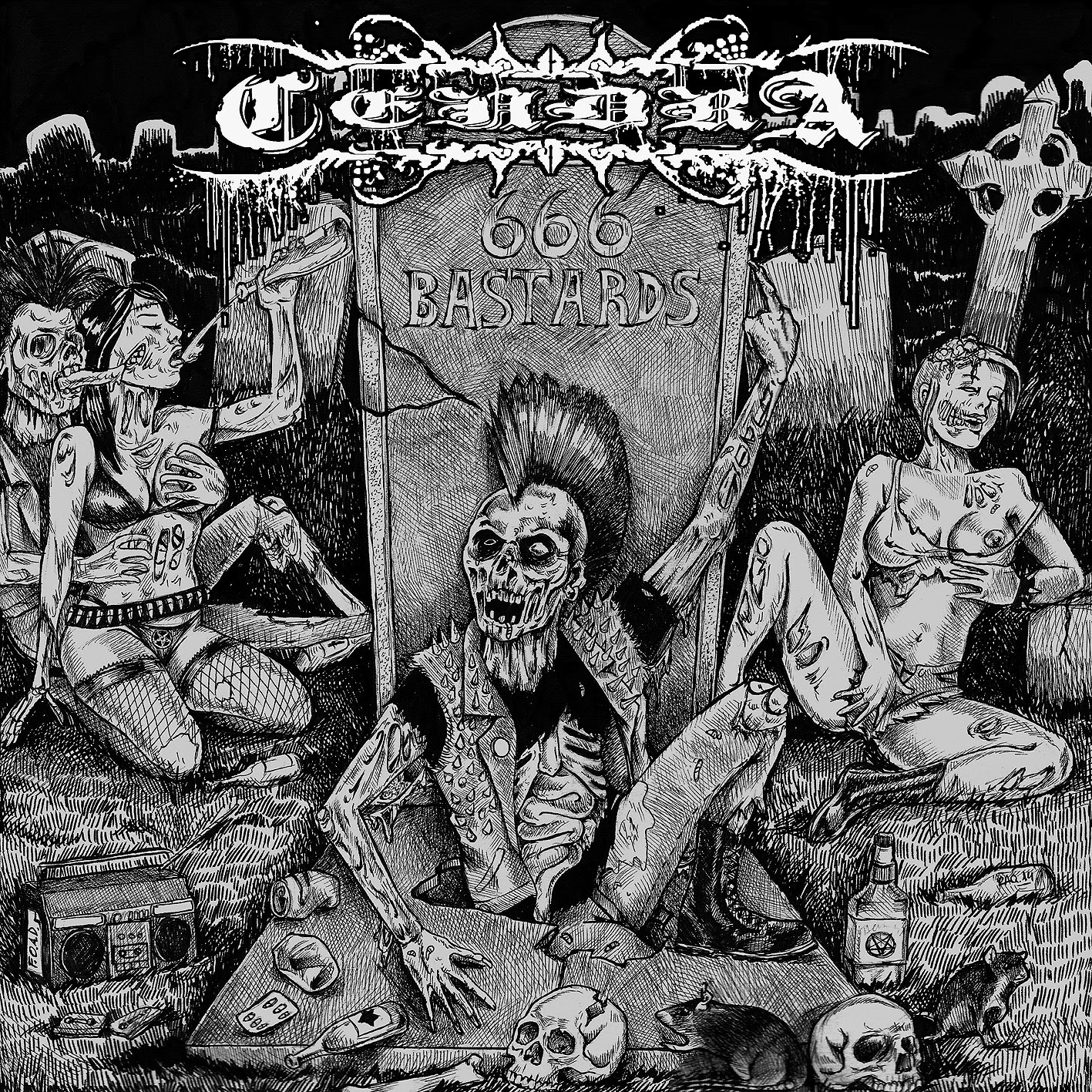 Demonic  sounds  and  noises  start  off  the  album  and  a  few  second s later  the  music  starts  going  for  more  of  a  crust  and  old  school  black  metal  direction  along  with  some  grim  black  metal  screams  and  after  awhile  morbid  sounding  melodies  can  be  heard  in  certain  sections  of  the  recording  along  with  all  of  the  musical  instruments  having  a  very  powerful  sound  to  them.

https://www.youtube.com/watch?v=yrCLRMxFJA4
Posted by OccultBlackMetal at 12:39 AM No comments:

Baron Sardu (aka. Ionas von Zezschwitz) here, songwriter, guitarist and vocalist for speed metal punks Sardu out of Barrie, Ontario, Canada. We come from a local independent film/music group called She Died Productions, and everyone who’s played in the band so far is a core member (drummer Bone, bassists Maskab and Taso Loko). We are also responsible for the cult zombie film Walking Among the Dead, a lot of YouTube comedy shorts, as well as representing the all-female hardcore band Beaver Slap, and roots rockers Mickey Moone and Rebecca Wilde. Sardu is a project I began writing for back in 2009, with our first live appearance happening in early 2012. Currently I’m building a new touring lineup to support our debut record Standing at the Precipice, available now on tape from Fuck the Mainstream… We Are The Mainstream Records, and out on CD through Barbarian Wrath in April 2015.

2. On Halloween you had released your first album, how would you describe the musical sound that is presented on the recording?

The sounds you hear are a stew of 80’s extreme punk and metal sounds, ranging from Discharge and Amebix on the punk side, to Venom, Bathory et al, on the metal side. The list would be as long as my arm if I mentioned all the inspirations, but there’s also some 90’s black metal vibe there in the form of the Greek scene, and Norwegian stuff like Immortal and Darkthrone.

Thematically this album is a concept record in the tradition of Hawkwind, Rush’s 2112 and The Omega Man, a story about The Vagrant, a social pariah who witnesses the downfall of mankind and ultimately becomes the lone survivor of total extinction. The songs explore his spiritual journey beyond human consciousness as well as recounting his experiences during the end times. He is accompanied by a bird totem which guides him to his destiny as the Champion of Our Doom! I enjoyed pairing some proggish ideas with a really sleazy speed metal sound! I feel like it’s a modestly new spin on the black-thrash and metalpunk archetypes.

4. What is the meaning and inspiration behind the name 'Sardu'?

If you want to do some research, simply track down a copy of Troma Team’s 1976 grand guignol horror film Bloodsucking Freaks, which was shot under the title Sardu: Master of the Screaming Virgins!

5.The band members are the founders of a musical/film group called 'She Died Productions', can you tell us a little bit more about it?
Answered in #1

6. Has the band done any live shows or is this strictly a studio project?

We have done a fair amount of live shows over the past couple years, mostly in our home province of Ontario, but we have plans to do some more extensive touring in the years to come. We’d especially like to tour Europe and South America, which is where we’ve picked up the most international support! It’s just a matter of finding the right people to round out the lineup.

7. The cassette version of the album was released on 'Fuck The Mainstream...We Are The Mainstream Records', can you tell us a little bit more about this label?

FTMWATM Records is run by a metal punk maniac named Stefan Hertz out of Bautzen, Germany. He has put out a number of excellent tapes by like minded acts such as Whipstriker, Iron Fist, Motor, as well as our  fellow countrymen Iron Dogs! If you are a tapered, make sure to go check out his stuff!

We have also signed with another excellent German label Barbarian Wrath for the CD edition, which is very exciting for me as a fan of their work in underground metal. They are home to some great acts like MEGIDDO and COUNTESS!

8.On a worldwide level how has the feedback been to your music by fans of underground metal and punk?

I’ve been quite humbled at the great feedback and support for the band and album from fans, other musicians, and writers. This band is very important to me, and I look forward to twisting some brains with every upcoming release!

I already have an album’s worth of songs in various stages of completeness. This next record will break from the concept approach, and be more stylistically diverse, employing some more melodic (but still gritty as fuck!) speed metal, trad metal, as well as some simpler straight ahead punk stuff. Also the lyrics will be more grounded in my personal view of the world. Following that album, I’d like to return to another heavy concept, perhaps more of a sic-fi thing. Time will tell where the inspiration lies!

I’ve already mentioned some of the more obvious influences, but I should mention that I grew up a punk/rock ’n’ roll kid obsessed chiefly with Bo Diddley, Motörhead, The Clash, American roots music and Jamaican stuff. I have wide ranging tastes, and all those influences affect my musical approach in subtle ways. It was only in my 20’s that I was introduced to more extreme punk and metal and fell in love, but one never really escapes one’s early loves.

These days, I listen to a lot of old heavy metal and prog, as well as keeping up with my fellow metal punk acts. The bands that I have probably driven my girlfriend half crazy with over the past year have been Rush, Iron Maiden and Scorpions, but there’s also a ton of more underground stuff in the mix. My favourite albums of 2014/15 off the top of my head are Zemial - Nykta, Satan - Trail of Fire, Scanner - The Judgement, Crotchmutt - And Now... EP.

I do a lot of art and design, both as the in-house guy at She Died and for metal/punk acts all over. You can check out some of my work at http://facebook.com/ionasart

Myself and my She Died brother Mickey Cardoni (aka. Bone, Mickey Moone) are also a dynamite filmmaking team, and we are currently developing our second feature film, which is a deadly genre cocktail that will definitely appeal to fans of Sardu!

I’d like to shout out my brothers in Crotchmutt, Germ Bomb, Iron Fist, Bonehunter, Whipstriker, King Humungus, Epi-Demic, Bomb Scare, Speedboozer (RIP), Fred Lake and all the MPDS sisters and brothers worldwide! Thanks for the opportunity to do this interview, keep it fast and loose!

Posted by OccultBlackMetal at 6:18 AM No comments: