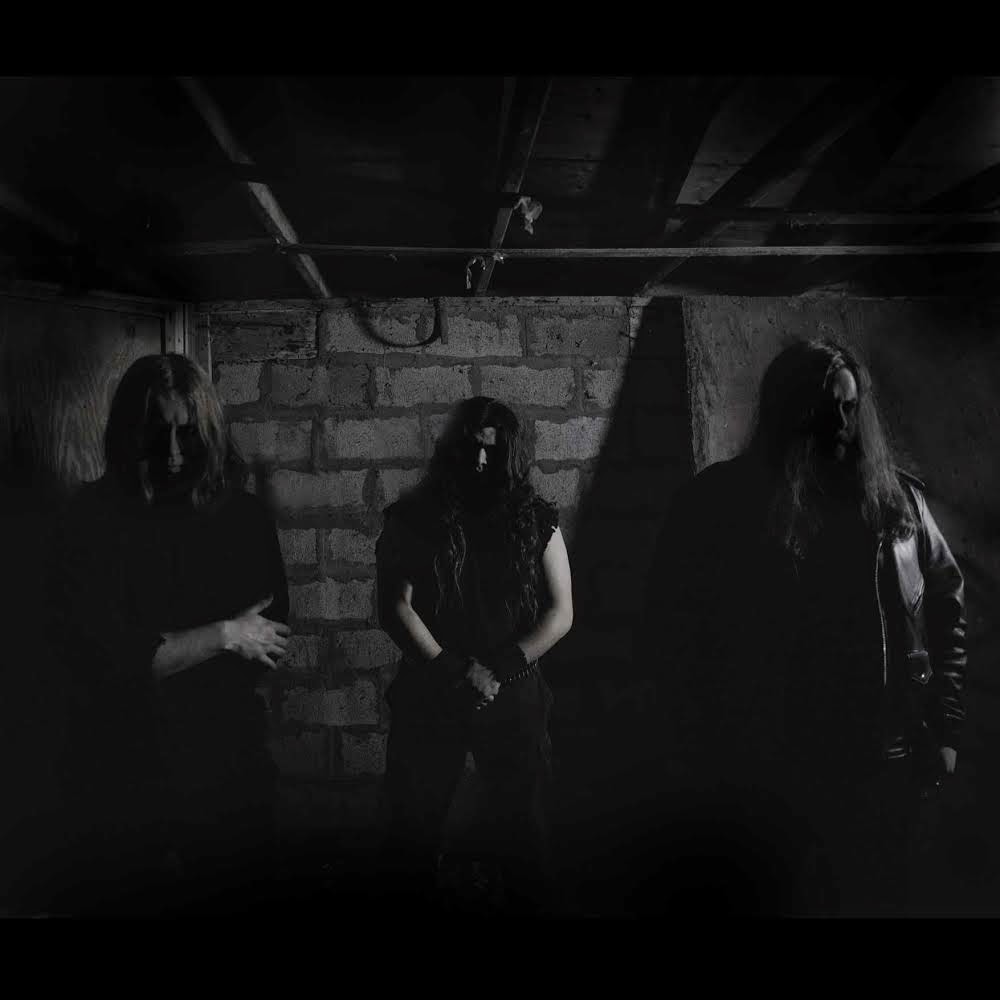 The band has continued to write, and we’ve been experimenting with new songwriting techniques to pursue the increasingly chaotic sound we’ve been developing. This material will likely take the form of EPs, though we are seeing where this bout of songwriting takes us. We are also planning on doing a series of shows in support of the new album, “Wresting the Revelation of Futility,” which might become a tour.
2.You have a new album coming out in November, how would you describe the musical sound that is presented on the recording and also how does it differ from the stuff you have released in the past?

The album very much cements a firm identity for the band. The previous EP, “Severing Soul From Flesh,” was a step down the musical path we’re now on; the album is much more of a plunge into this direction. The music is meant to be cavernous, chaotic and atmospheric. I would say it’s rooted firmly in 90s death metal, but incorporates the atmosphere of black metal and the vicious, unhinged feeling much of underground black/death is known for.

3.What are some of the lyrical topics and subjects the band explores with the newer music?
The lyrics are focused primarily on aspiring to a path of ever increasing knowledge and greater levels of self-realization. It is, at the same time, a rejection of the pseudo-intellectual and the affectation, rather than the actual pursuit of, knowledge. There are some narrative aspects to the album, as well – I would say the lyrics are very cohesive, and very deliberate, but explore many different ways of getting the message of the album across.

4.What is the meaning and inspiration behind the name 'Dire Omen'?

The band’s name has a variety of different meanings, and I suppose it’s somewhat nebulous nature allows it, like the lyrics and imagery, to get a message across in several different ways. The entrance into the Aeon of Horus, for example, is something of a “dire omen” depending on who is interpreting the subject: in the case of this album, the pseudo-intellectual would be the one interpreting this as such. The name originally had a much more misanthropic tone for us, which has faded away, lyrically.

5.What are some of the best shows that the band has played over the years and also how would you describe your stage performance?

The band tries to be very unified on stage; we approach performance in a very “manner-of-fact” manner. Live performance for us is very ritualistic, and we compose our set lists quite methodically, trying to invoke a real atmosphere. We’ve been very fortunate to play live with bands we admire. Name-dropping would be somewhat inappropriate, but our performance at Noctis, the two Wordless Invocation performances in Edmonton, the shows we played in Montreal and Toronto, the honor of being billed on the Dark Descent Showcase in Portland, and virtually all of our Vancouver shows have been some of the greatest for us.

Besides a show in Calgary this December, nothing is firmly set. But we are in the process of planning several performances in support of the record.

7.On a worldwide level how has the feedback been to your music by fans of black and death metal?

The feedback for “Severing” was fantastic, and it got sent away to many different parts of the world, which was very rewarding for us. Probably the most humbling feedback, for us, has been that received from bands that we admire and respect. The feedback for the album has been magnificent from those we’ve shown it to so far.

8.Are any of the other band members involved with any other musical project or band these days?

I’m in a band called Wroth, which is another black/death project. Kevin is currently drumming in a new death/thrash band called Phylactery. Roldy is on his way to setting up a recording studio.

The band is currently pursuing the aforementioned focus on chaotic riffing and songwriting, though the atmospheric side and the primitive side are starting to play a more important role. Without revealing too much, expect a sound that resembles the last three songs on “Wresting.”

10.What are some of the bands or musical styles that have had an influence on your newer music and also what are you listening to nowadays?

The band, in only the metal sphere, has a fairly wide range of influences musically – from Incantation and Immolation, to Ulcerate and Leviathan, to Arkhon Infaustus and Revenge. Our influences are evident, but are not dominant, which is what I feel to be most important.

11.How would you describe your views on Occultism?

As far as the band is concerned, our views on the occult tend to be more of an undercurrent in our lyrical themes, but it’s very conscious. It has certainly become more of a focal point on “Wresting.” My view is that any aspect of occultism that I pursue is meant to focus the mind above all: often the symbolism, the numerological aspects of occult ritualism – and one’s interpretation and experience of these things – can allow you to hold up a mirror to yourself. I would rather not speak for my bandmates as far as that is concerned, but that’s my take.