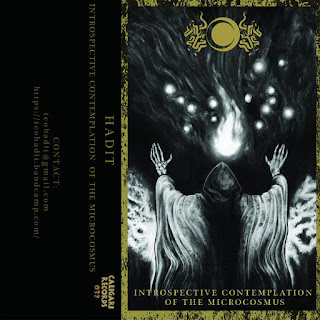 Hadit  are  a  duo  from  Italy  that  plays  a  blackened  form  of  death  metal  and  this  is  a  review  of their  2015  cassette  "Introspective Contemplation Of The Microcosmus"  which  was  released  by  Caligari  Records.

https://caligarirecords.bandcamp.com/album/introspective-contemplation-of-the-microcosmus
Posted by OccultBlackMetal at 11:01 PM