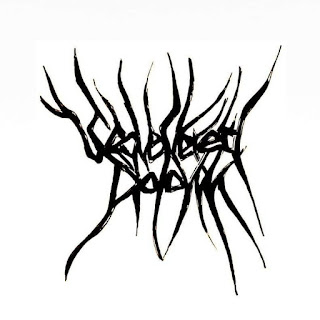 Hello everyone and thanks for interviewing me. Sequestered Doom is just me, one - man project, music from the soul. Born as a project formally in 2007, but exists for ever as soon as I am alive.

2.Can you tell us a little bit more about the musical style you have went for on the recordings so far?

It is dark, raw, spiritual music. The only style for this music is intended to be the darkness in all forms. So that is probably how the music on published records may fit into the frame of atmospheric black metal, funeral doom metal and dark ambient.

3.So far all of your music has been instrumental, are you open to using any vocals in the future?

Sequestered Doom is a solely instrumental project, and should remain so, since it is trying to bring the listeners into a meditative, dreaming state of mind and soul, to let you to dive into the world of cold and darkness, to feel the spirits all around us and inside, to return to the fundamental state of the humans nature - no words are needed for this, no language can subscribe this inner journey of each of us.

4.What is the meaning and inspiration behind the name 'Sequestered Doom'?

The meaning would be something like "isolated fate". What I am trying to say is, that each of us will make its own journey through the music, each listener will be isolated from the humanity and remain only with himself.

5.Can you tell us a little bit more about the artwork that is presented on the album covers?

All artworks represent the nature in its dark side - gloomy forest under the snow, mountains covered with woods, fog on the river. The nature is the only source of inspiration for Sequestered Doom, as it represents our origin and the only spiritual roots on the mankind.

6.With this project you record everything by yourself, are you open to working with other musicians or do you prefer to work solos?

For this project I am doing everything on my own and this should remain unchanged, since I am trying to “leave” the real world and place myself in the spiritual world, which is linked to me through the music that I am writing. That's why I have a lot of songs written, but rarely finished and released - they all will appear at the proper time.

7.You have also worked with a good amount of record labels on your album, can you tell us a little bit more about the labels you have worked with so far?

Depressive Illusions Records (TAPE edition) is an amazing label from Ukraine doing awesome job releasing truly dark art. Black Mystic Productions (CD edition) was a really great discovery for me, to find such an interesting label from Asia releasing so many creative and awesome underground bands. Kryrart Records (Digital edition) is a label that I have founded with some supporters. It is dedicated to support the honest and dark art coming from the worldwide underground music scene, mainly focusing on black and death metal.

8.On a worldwide level how has the reaction been to your music by fans of ambient, black and funeral doom metal?

The reaction was much better that I was expecting. The first recording (Hiems Symphonia) was done in 2008, and then after the short life time self-released on MySpace, it disappeared in the abyss. I decided to release this record again officially exactly 10 years later, as a try to proof, that there are enough people around that will like to hear something without super production, without super promotion, without super well known people involved. I wanted to show, that the underground is alive, that a homemade raw, unpolished, old, one-man and totally "anti-mainstream", but honest record can gain some attention as some piece of art. And really, I was surprised, how many people have supported me, spreading, buying and commenting this work. Other 2 short records of Sequestered Doom that I published subsequently have gain same attention as the first one.

9.Can you tell us a little bit more about the other musical projects that you are a part of?

My main topic throughout the years has been dark ambient. You can feel it in Sequestered Doom, but other projects are more into it. The Proprius Project is my one-man dark ambient project dedicated solely to the Chernobyl Disaster and the catastrophic consequences of our industrialized civilization. Alchon is a collaborative project with a friend of mine, dedicated to nature - feel the rain, the thunder, the sky above us, the wind, see the field and the grass, touch the trees... Alchon is similar to Sequestered Doom by soul, but the production is less raw, purely ambient, and contains some vocals. Kaminnuu Xpect is another dark ambient project of mine, totally abstract music, containing some symphonic / neoclassical elements. Dance of Shadows is the only from my projects that has had a live line-up, but currently restored as an international project creating epic symphonic and atmospheric black metal. Legio Sergia is a melodic death metal project dedicated more to inner feelings and personal struggles - the last album released this year is based actually on my own life story, it is about the mental self-burning. The conceptual story is happening basically in the mind of the protagonist, who meets nevertheless the personification of death in the physical world.

10.Where do you see yourself heading into as a musician during the future?

I will be always creating honest and dark art, the music just as I feel it, without consideration of any industry trends.

A short list would be : Pantheist, Colosseum, Katatonia, Ulver, Emperor, Dissection, Satirycon (early), Immortal, Opeth, Cynic, Jeremy Soul, If These Threes Could Talk, In Flames (early), Anathema, Cradle of Filth (early), Children of Bodom (early), Pink Floyd, Tenhi and a lot of others.

Stay yourself, listen to your inner spirits and save our mother nature.

Posted by OccultBlackMetal at 11:15 AM