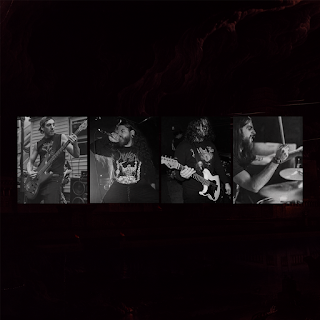 We are a death metal band from the US, specifically New York

2.Recently you have released your first album, can you tell us a little bit more about the musical style you went for on the recording?

Our style is very much unique to us, at our very core, we're a death metal band. The stylistic approach we took to our debut record however also includes influences from Black Metal, Deathgrind and specifically Old School Death and Doom all with a very New York Death Metal edge

3.A lot of your lyrics cover horror themes, can you tell us a little bit more about your interest in this topic?

I've (Tameem) personally have always loved horror movies, I've always considered death metal to be the auditory equivalent to the horror genre so using one for inspiration to the other only seemed fitting

4.What is the meaning and inspiration behind the name 'Diabhal'?

One day our guitarist Miguel called and told me that our name at the time was already taken by a pretty well known underground death metal act. He suggested Diabhal which simply means "Devil" in Irish

It's an edited version of the famous art piece by John Martin, painted in 1835, called "The Fall of Babylon", we chose this art to represent our music because it was the most chaotic and aggressive piece of 19th century art we could think of

We have yet to perform live due to the current pandemic. We can promise that when this all ends, we'll deliver one of the most aggressive and powerful live shows possible

7.On the new album you also done a cover of Baphomet's "The Suffering" what was the decision behind doing your own version of one of their songs?

I've always loved the album "the dead shall inherit", I consider it one of the staples in early death metal. I always wanted to do a version of the song "The Suffering" in our style, we tried to do the original classic justice, at the end of the day we pretty much just played it a little faster hahah

8.On a worldwide level how has the reaction been to your music by fans of black, death metal and grindcore?

I see us developing our sound more, we want to write a similar album but stronger and more aggressive than the last. The tracks for the second record are a lot doomier with more of an emphasis on our old school death metal sound but the faster parts will be even FASTER

For this record we were listening to a lot of bands like Incantation, Entombed, and Cannibal corpse, but our influences range across almost all genres. Everything from black metal to grindcore is incorporated in our sound

Music is our biggest interest, some of us play video games

Thank you for having us on here! Check out our debut album M M X X out everywhere now, Spotify, Bandcamp, Apple Music and Youtube! Our second album is currently in the works and will be released sometime next year! 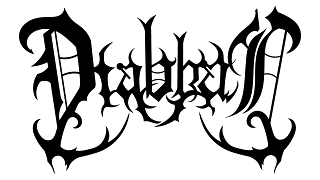 Facebook.com/DiabhalDiabhalmetal.bandcamp.comYoutube.com/channel/UCrEhFc5dXODLAjIfJcOEVyg
Posted by OccultBlackMetal at 1:55 PM