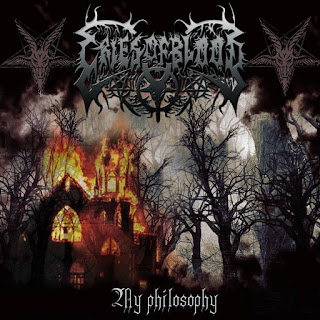 Cries  Of  Blood  bring  in  a  great  amount  of  brutality  and  aggression  with  their  blasphemous  approach  to  blackened  death  metal,  the  production  sounds  very  professional  for  being  a  self  released  recording  while  the  lyrics  cover  Satanism  and  Anti  Christian  themes.

Posted by OccultBlackMetal at 11:53 PM