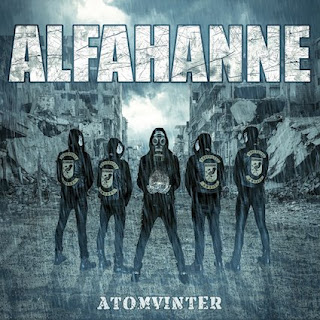 Atmospheric  sounding  drones  start  off  the  album  before  going  into  a  heavier  direction  which  also  introduces  melodic  sounding  goth  rock  guitar  leads  onto  the  recording.  The  vocals  are  done  in  more  of  an  aggressive  screaming  and  shouting  style  while  black  metal  screams  are  also utilized  at  times.

https://www.facebook.com/alfahanneofficial/
Posted by OccultBlackMetal at 10:23 PM