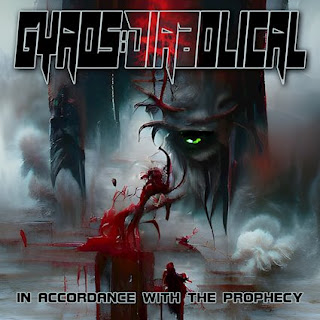 Gyaos:Diabolical  plays  a  musical  style  that  takes  black,  thrash  metal,  crossover  and  digital  hardcore  and  mixes  them  together  to  create  a  sound  of  his  own.  The  production  sounds  very  professional  while  the  lyrics  cover  trials  and  tribulations  emerging  from  the  systematic  eradication  of  individual  antimony  and  thought.

Posted by OccultBlackMetal at 8:35 PM