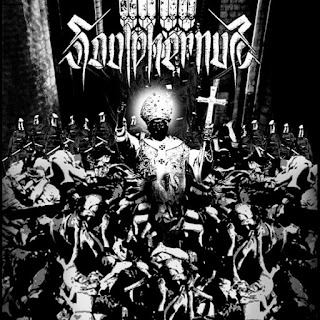 Soulphernus  plays  a  style  of  blackened  death  metal  that  is  very  heavy  and  brutal  sounding.  The  production  sounds  very  professional  while  the  lyrics  cover  Satanism,  Demon  Worship.  Death  and  War  themes  along  with  the  closing  track  being  written  in  Polish.

http://www.clobberrecords.com/Releases/soulphernus-soulphernus
Posted by OccultBlackMetal at 12:43 AM