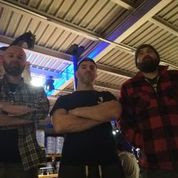 Hi! Here is Stéphane. Nothing special really happened since (!!!), as the concert venues are slowly re-opening. So after the release, we got back to our anti-rockstar daily lives and now hope to have the opportunity to play our album live! But I think it will be hard to find some dates, as the bands that had to cancel their show are reprogrammed, so we will certainly have to wait some time, except if there is another lockdown!

Our album « Andzia » is quite different from the 3 first albums, firstly because it has a title! But also because it has only 9 tracks and the songs are longer. We also had the chance to work with Laura on vocals, she brought some melancholy and beauty in our music. It was a dream for me to have some female vocals in the music, as I am a huge fan of old melodic death metal bands with this kind of chant. Also the bass playing changed, as it is now Antonio from the band Canker who plays, and not me butchering the bass strings. He played on a fretless bass and you can hear him play some beautiful leads on some tracks, it brings so much power and atmosphere.. Overall, the album is more melodic, but keeps the grindy touch we always had.

3.The band started out playing more of a grindcore style but over the years have evolved into a mixture of blackened death metal and grindcore, what was the decision behind going into this musical direction?

It is true that the first album was quite extreme, with a thousand riffs and ultra guttural vocals. As being the guitar player, I was through the years more and more fascinated by bands like Dissection and Sacramentum, so I guess the inspiration comes from there. In fact, the idea is not to repeat ourselves, but if you listen carefully, you can hear some patterns that are typically « gulgutarded » (I just invented the adjective).

4.The lyrics on the new album are based upon a Polish Folk Tale. can you tell us a little bit more about the story that you picked?

The idea came from the drawing I picked for the album. The artist, Darek Zawiązalec, told me that he was inspired by a tale from his country, Poland, and explained me the story, something about a girl being brokenhearted. Ok, haha, not so metal, but wait! Darek drew something more obscure based on it, and as I showed the picture to Roby, the singer, he developed a sick tale that only he can imagine.. the story of a fool king in love with his son’s bride, so he chases them and wants to destroy them, so the lyrics deal with jealousy and frustration.

5.What are some of the other lyrical topics and subjects the band has explored over the years with the music?

On the first album, it was just burps and gurgles… Roby is responsible for the lyrics of the second and third album. He mostly sings about death and the vacuity of life, with some irony. If I’m correct, his point is to take life not too seriously, because at the end, you know…

6.What is the meaning and inspiration behind the name 'Gulguta'?

Gulguta is an Aramaic word, it’s the name of the hill where Jesus was crucified. It means « skull » in english. We are absolutely not religious, I just found the name cool and was surprised no satanic black metal band had already taken it, so I immediately took it of course! And it means a lot of feelings, pain, desperation, abandonment…

The cover picture is from Darek Zawiązalec, who is also responsible for the insane art on the first and the second album. But he is now drawing medieval-fantasy portraits on wooden shields (you can check it here: https://www.facebook.com/blackforestforge/?ref=hl). So the art cover on Andzia represents … the girl Andzia with all the fear and darkness surrounding her. I found it fantastic and it fits perfectly with our music.

The best show was in January 2020, just before the lockdown. We played in a village called Saignelégier and it was all perfect, big sound and attitude. People there are grindfreaks so it was cool. Our stage performance is ok I think, we give the best to respect the audience. You can check some performance on youtube.

9.The new album was self released but the band has worked with a record label in the past, are you open to working with another record label again in the future?

We will release the album physically on Careless Records, and of course are opened for a label that gives us money for videoclips, organize world tours and prints cool Gulguta shirts, but you know, these times are gone!!! Anyway, we don’t do it for the money, so labels are not necessary for us.

10.On a worldwide level how has the reaction been to your music by fans of black, death metal and grindcore?

People from all around the world loves our sound, we get good feedbacks. I don't know who among black metalheads, death metalheads and grinders prefer our album..

Our music can be either more brutal and melodic, or just more brutal haha! Actually I have a huge crush on Pro-Pain, who knows what it can bring to Gulguta..

Today I’m listening a lot to some hardcore metal music from the 90’s, but the first influences were Brutal Truth and Pig Destroyer, I listened to their album a thousand times. Of course Carcass was an influence, as well as Hypocrisy, Dissection, and all these 90’s melodic bands.

No final words, just thanks for the interview!!! 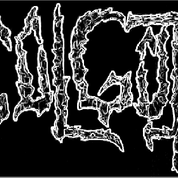