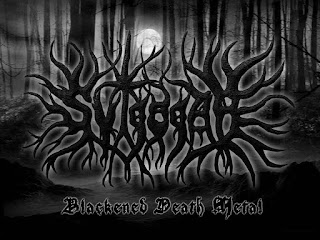 1.Can you give us an update on what has been going on with the band since the recording and release of the new album ?

R =) At the moment we are very focused on the promotion of Cannibal-Toon and the video clip of the single "En el Olvido". However, also this we’re thinking about our next projects, so we’re likely to get to work in a new production if our time and circumstances become more favorable.

2.Recently you have released a new album , musically how does Item differ desde your previous ep ?

R =) Compared with Science of Beyond we could say that Cannibal-Toon is a much more aggressive album. It’s just enough to listen to the intro to know that this new production does not forgive anything or anyone. In addition, Cannibal-Toon is more focused on social criticism and protest, while Science of Beyond was closer to the wave of aliens and other crazier issues.

At the musical level, we can say that this second album is more melodic and also includes more songs than the previous one . Note the collaboration we did with Yesica Castelo for the song “En el Olvido” (In Oblivion), where the thing becomes more melodic than usual. In summary, there are clear differences between both productions, it is only necessary to listen to them with special care to realize it.

3.What are some of the lyrical topics and subjects the band explores on the newer release and also how would you describe your progress   as songwriters over the years ?

R =) In this new release we explore the pure and rude social criticism. We evolved a bit in regards to the composition of the lyrics, because the message is much clearer and accumulated experience seems to be paying off.

4.On your previous recording you also covered UFO's and some of the writings of Richard Dawkins on your previous ep , can you tell us a little bit more about your interest in these topics ?

R =) Weiss Sting's interest in UFOs goes back to his childhood. From a very young age he dedicated himself to researching this subject and proposed that the band take that type of stuff as a source of inspiration. As for the writings of Richard Dawkins, Sting Weiss wanted to play around with the idea of ​​the " selfish gene " while writing the lyrics for the song " Femi- Nazis". Although we may borrow other ideas from Mr. Dawkins to include them in future songs.

5.Can you tell us a little bit more about the artwork that is presented on the new album cover /

R =) That brutal piece of art was created by BJ Manchester, a great friend of the band who has more than once expressed his interest in continuing to produce sick drawings for Sulgogar . We actually came across the design of the cannibal cartoons by accident. BJ Manchester showed it to us along with other drawings from his portfolio and we immediately asked him to sell it to us. The rest is history.

For us, the Cannibal-Toon's cover art represents what is currently happening in Venezuela: a political and social cannibalism, where all the characters in this show of bad taste seem to be taken from cartoons. Especially all the infamous people who are in the government.

6.What are some of the best shows That the band has played over the years and how would you describe Also yo ur stage performance?

R =) So far we have only played in a small event that took place at the end of last year. We hope to be able to play in metal concerts soon when things improve around here, because it is not easy at all.

We like to play the songs much faster than normal and in lower tunings. So people can notice that everything sounds more brutal at live.

7.Do you have any touring or show plans for the new album ?

R =) at the moment we have no planned tours or concerts. Maybe for a few months we can do something about it, as long as the circumstances around us allow it.

8.Currently you are unsigned , are you looking for a label or have received any interest ?

R =) Well, currently we are part of the Machine Man Records roster and we are very happy for this great achievement. Although who knows if later we can free up some new material with a bigger label. Let's wait and see what happens.

9.On a worldwide level how has the reaction been to your music by fans of extreme metal?

R =) as far as we know the people says that our songs are very good. We already have a very important fan base in Venezuela and in different parts of the world that is always felt. Since Science of Beyond came out, many people have written to us saying that they like our style a lot and that they expect us to continue producing more material. So if there is a good feedback In all this, it means that people like what we do and that motivates us to move forward with our project.

10 .Are any of the other band members currently involved with any other bands or musical projects these days ?

R =) Sting Weiss is also the leader and keyboardist of Anfítrite, an international symphonic metal band that is currently producing their second studio album. Although he is also the keyboardist in Dragón Blanco and is recording with them as well. Steve Kaiba is working on his solo project and on the next Dragón Blanco album. For her part, Svetlana Sevostianova is almost always busy helping other bands as she is a session drummer in her country.

11 .Where do you see the band heading into musically during the future ?

R =) we see ourselves producing more music for our fans and looking for ways to play in metal concerts.

12 .What are some of the bands or musical styles that have had an influence on your newer music and also what are you Listening to nowadays ?

R =) our main influence is Impaled Nazarene. Although we also like to listen to others bands. We really like Municipal Waste, Thrash or Die, Violator and all those things.

13. What are some of your non musical interests ?

R =) Each one of us is dedicated to other things besides metal. For example, Sting Weiss is a writer and screenwriter, and he also dedicates himself to the good job of game tester for an important company in the field of video games. Steve Kaiba gives guitar lessons and Svetlana devotes a lot of time to his university studies.

14 .Before we wrap up this interview, do you have any final words or thoughts ?

R =)   Thank you very much everyone for reading this interview. We are very pleased to know that our music is being listened to all over the world and that all this has allowed us to launch a second production. We thank everyone for the support and especially the BlackenedDeathMetalZine team and the staff of Machine Man Records who are always very attentive to Sulgogar.