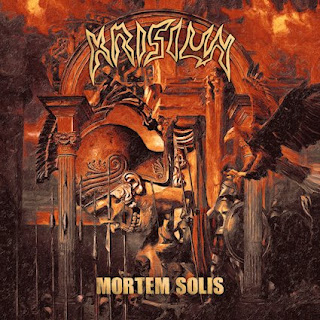 On  this  recording  Krisiun  remains  true  to  the  blackened  death  metal  style  that  they  have  established  on  previous  releases.  The  production  sounds  very  professional  while  the  lyrics  are  inspired  by  literature  and  touch  on  historical,  occult  and  political  themes.

Posted by OccultBlackMetal at 7:52 PM