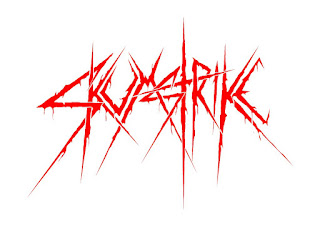 LA here. Like most bands in Canada, we were very limited in our live activities due to the pandemic. With the album coming out in April via Selfmadegod and Caligari Records, we had to wait until May to play our first show in over a year. This was at a sweaty little bar in Montreal with a couple of killer bands from this city, those being Warkrusher (Bolt Thrower-inspired war crust) and Serpent Corpse (Brutally heavy metalpunk, who also feature ZS on drums). The crowd were hungry and we had a great night. Since then, we've racked up a few more shows, including with the excellent Ceremonial Bloodbath from Vancouver, and in June we played with two of our favorite Canadian bands, that being Outre Tombe and Saccage, when we played in Quebec City for the first time. Saccage will be releasing a new album on Selfmadegod shortly I believe, so it was great to play with them again. They are a super solid band. Right now we are hoping to play some more select shows with bands we really like, and begin to write very soon for the next record.

2.In April you had released your first full length, musically how does it differ from your previous ep's and demo?

It differs very substantially. 'Deadly Intrusions' is the best musical expression of what we've been persuing since we started the band, and I think you can hear that in the confidence and attack of the songs. It's hungrier, more accomplished, and sharper than our previous two EPs, which were very much released while the band was developing its sound. Musically it's a good representation of where we are now, especially in how the solos and drums have come along, but I think the best is yet to come as we refine things even more.

3.What are some o the lyrical topics and subjects you have explored so far with the music?

Oppression and the coercive influence of power is never very far from our lyrics, but on the just-released album, it was more about mental degradation in a broader sense. The whole record focused on the damage done to the self in a myriad number of ways. This focus on the vulnerability of the mental self, and how it can so easily undone, that's really at the lyrical core of the album. We also explored individual topics, like the Toa Payo murders.

4.What is the meaning and inspiration behind the name 'Skumstrike'?

Our goal was to make fast and nasty music. Both elements of the band name work in that regard! We like a lot of a Scandanavian d-beat, including bands like Avskum, so that's where that part of the name came from. We just wanted something to convey a rapid impact and a sense of disgust, so I guess it works in that regard.

The artwork on 'Deadly Intrusions' was done by Indonesian artist Ibay Arafin. We previously had seen his work with bands like Body Void, and wanted him to just be able to do his thing. We gave him some very light direction and he took it and ran with it. We're pleased with both the level of detail in it and the pure level of physical degradation it represents. We did a little bit of messing around with the coloring but it was very minimal. A very metaphorical or grandiose illustration might negate the message of the music - so we're happy with how it turned out.

6.Currently there are only 2 members in the band for the studio recordings, are you planning on expanding the line up in the future or do you prefer to remain a duo?

Skumstrike has always revolved around a core duo of LA and ZS. However, we've worked with a number of bassists for our live shows, and at the moment we have Illusory (from bands like Spectral Wound and Profane Order) helping us out live and it's been great to have him on board. The future of Skumstrike is very likely to continue to revolve around the original two members, but we continue to collaborate and work with our bassists so long as it works considering all the commitments in our personal lives and with other bands.

Personally, I had a particularly good time playing recently with Outre Tombe, Saccage and Decryptal in Quebec City very recently. It's a town we've been meaning to play for forever, and to finally make it up there to a great show with two of the best underground metal bands in the country was a total blast. The crowd was super hungry. What you can expect from Skumstrike live is a full-on assault, with ZS as drummer and vocalist being front and centre. We try to keep the energy flowing, keeping the momentum up with track after track, and we're known to slip a cover or two into the set for fun. Come see us for yourself!

As outlined above, we'll be aiming to do play at select shows over the next few months. We all have commitments that prevent us from going on crazy long tours, but we're very keen to play good shows that make sense to us. If anyone in North America or Europe wants to stick us on a good festival line-up, we are all ears.

9.On the new album you also done a 'Poison idea' cover, what was the decision behind doing your own version of one of their songs?

Honestly, we just really dig the band and wanted to do a more purely punk-oriented song that we could do our own twist on. ZS came up with the idea of doing that song. I'm more of a 'Feel the Darkness' fan myself but he sold it to me. It was actually quite a technically challenging song to pull off, but I think we managed ok.

10.On a worldwide level how has the reaction been to your music by fans of underground metal and punk?

We're very happy with the reaction, and feel there's a sense of 'We have arrived' around it as a debut record. Our labels have done a great job getting it out there to reviewers and keeping the feed of attention going, which we're appreciative of. People seem to really enjoy it for exactly what it is, and that's all we can ask for. Our only job is to better it on the next release and keep throwing red meat to those who enjoy it.

You can hear the band has become more musically proficient since the demo days. Where I see us going is just in a direction where quality control is ramped up another degree, where we can have the thrashing, blackened metal at its very best but still devolve into the d-beat chaos at the moment's notice. Trampling all over that line is what I enjoy a lot about Skumstrike - I just think we'll try to push things to the next level and value every second that the listener devotes to us. It's just about quality, quality, quality - with no major change in style being foreseen.

We're inspired by a lot of older thrash like early Kreator, Sabbat (Jap), as well as black metal bands that range from Aura Noir to Darkthrone. Add to that a dash of d-beat from bands like Discharge, and you're pretty much there. We all listen to a lot of different stuff. Personally at the moment, I'm enjoying the first Diabolical Masquerade album a lot, listening to a lot of Inepsy (RIP Steve), and digging some of the older Usurper records. Whether that has any influence on Skumstrike, it's really hard to say haha.

Please keep supporting your local venues that have survived COVID! We would be truly fucked without them. Hails to the lunatics that devote their passion to bring us all underground shows, labels, and zines like yours. Finally a salute to the defenders of Ukraine who are battling in the face of senseless aggression - true heroes one and all.

Posted by OccultBlackMetal at 8:11 PM