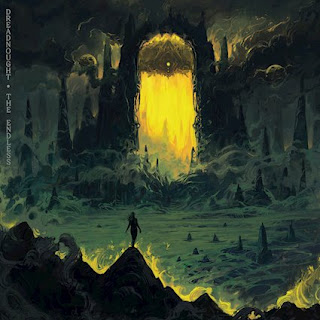 Some  tracks  also  show  influences  of  folk,  jazz  and  classical  which  also  takes  the  recording  into a  more  diverse  direction.  Clayton  Cushman  of  the  Flight  of  Slepinar  also  adds  synths  on  some  of  the  tracks  and  the  whole  album  also  sticks  to  a  slower  direction.  The  production  sounds  very  professional  while  the  lyrics  cover  the  everlasting  struggle  between  human  light  and  suffering.

Posted by OccultBlackMetal at 7:49 PM No comments: 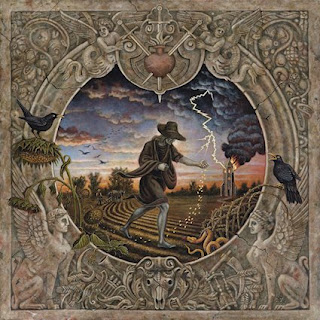 Clean  playing  can  also  be  heard  on  some  of  the  tracks  along  with  one  track  also  introducing  female  vocals  onto  the  album.  When  the  music  speeds  up  a  decent  amount  of  blast  beats  and  tremolo  picking  can  also  be  heard.  The  production  sounds  very  professional  while  the  lyrics  cover  dark themes.

Posted by OccultBlackMetal at 3:53 PM No comments: 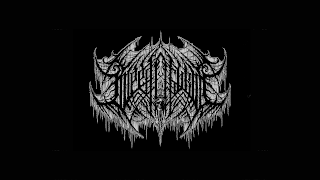 FOV: First of all, thank you for your interest John. IMPERATHRON is a blackened death metal band formed in 2020, in Chile, two members from Santiago and one from Osorno, in the south of the country.

From a very young age we came working Cristian and I, each one by his side with projects in other bands already dead these days, we had a great arsenal of riffs and a way of composing based on empiricism, when we put them together there was a good chemistry between what we did as guitarists and the way of perceiving music, the gunpowder was building up a long time ago. Later, Alfredo “Bizarrvs” joined our brotherhood, with bass and voices, he also adds percussion, he owns Greyhound Recording Studios, he is a great musician, very versatile, he was the spark that was missing from the accumulated gunpowder.

For our first demo work “Mercy for the Despicable”, we worked on 4 songs with the tools we had at hand, without a priori dogmatic style, totally independent and working in absolute silence, it sounds “cliche”, but the music just flowed. We put the result of this on two web platforms and almost immediately offers began to arrive to produce it physically, most from outside the country. It was a kind of experiment, since we didn't know what would really happen, we weren't looking for anything, no we wanted to knock on any door, or do "lobby". It was a trial by fire. We were surprised at how well received our work was, considering the sheer number of brutal and virtuous bands emerging every day.

We finally decided on Iron Blood and Death Corporation, there was a very good communication from the beginning, they achieved a high quality result that surprised us. At this time we signed with Vargeist Records who have trusted our work, they are quite professional, selective in what they are looking for and have a huge propaganda machine, we have the best expectations.

2.In August you have your first full length coming out, musically how does it differ from your previous demo?

Bizarrvs: Musically, it follows the same line of the previous work, adding two new songs, adding an intro to the song 'The Human Must Be Overcome' and polishing the musical production by me at Greyhound Recording Studios.

3. A lot of your lyrics cover war, death and stoic philosophy, can you tell us a little bit more about your interest in these topics?

FOV: Since man is man art and death have been inseparable lovers, The doubt of what is hidden under the skin, death is the only thing that is truly sensible. I think that art in general is the best thing we can leave behind before death comes looking for us, art is immortal and transcendental (creative force), and it gives something tiny and ephemeral of that privilege to those who create it.

We are not worshipers of death in a basic, materialistic, morbid sense, and exalted with mystical/ritualistic clothing and imagery, or anything of that childishness, whoever becomes obsessed with that "way", I think deep down fears death. In the end, death does not harm us, it frees us from the suffering of the expiration of life. It forces us to be/live.

Basically, Stoicism helps us to wait for death standing up and look at it with arrogance. Art and war feed each other, everything materialistic that man creates at the same time ends up extinguishing it, art can do that more slowly, it is superior to whoever creates it, since it extends its breath. War as a material warlike conflict is only the lowest projection, a pale shadow, ruinous dispossession of interior battles of man against himself that will be repeated in eternal return.

4.What is the meaning and inspiration behind the name 'Imperathron'?

FOV: IMPERATHRON is a name made up of Emperor/Throne, it is the throne that reigns, this throne is in the castle/cathedral of our inner kingdom, it is the will to power “Der Wille zur Macht”, the eagerness to achieve desires, self-improvement, individualism, demonstration of vital force, also represents a process of expansion of creative energy, this internal force is the foundation of nature, the challenge is to try to master and develop this vital power to a certain degree, that depends on each one, it is a daily battle against our enormous weaknesses as human beings. Eros/Thanatos in their fight. Get rid of the weight of the slave/herd morality, free yourself and watch from the top of this throne, even if this freedom is paid for with physical death.

Bizarrvs: The work presented for “Mors Est Veritas” is an original painting in layered oil technique, 40x40 cm format. It was painted by FOV, our guitarist. The primary concept of this work is the triumph of death as the engine of transcendental creation, creative fire, "wisdom" in the Greek myth of (Prometheus), embodied by the winged skull (origin of ideas about bone pillars), inheritance of the representation of Thanatos, Memento Mori, "remember that you will die", prevailing over La Paz, understood as the non-will, inaction, typical of weak men or in our disastrous "moral pacifist" times, the fear of confronting our fears, submissive immobility represented by the iconic white dove of the Judeo-Christian tradition. There is a carnal link between these concepts, which represents Eros as the drive for life (desire for transcendence), and Thanatos as the drive for death/Chaos, spreading his wings, covering this eternal dome with shadows.

6.Has the band done any live shows or open to the idea?

Bizarrvs: In Imperathron we set ourselves the first goal of releasing our first work through a label and we already have two, and the idea as a second instance is to be able to play the songs recorded live, without a doubt. However, for that we need a capable drummer committed to the band to be able to perform live with a full band.

7.So far the band has worked with 'Iron, Blood & Death Corporation' and 'Vargheist Records', do you feel these labels have been very helpful when it comes to getting your music out there heard?

Bizarrvs: Absolutely, 'Iron, Blood & Death Corporation' has helped us a lot when it comes to positioning the band in the Latin American market, being a Mexican label from one of the most important countries on the scene. Regarding 'Vargheist Records', the reception has been very good in the North American market, considering that the album will only be released at the end of August, and the specialized media have already begun to speak positively of this new work and this new alliance.

Bizarrvs: The reaction has been good, as we have received good comments by mail and on platforms such as Bandcamp and YouTube, mostly from North America and Europe.

FOV: Despite the short time we've been working on this band and analyzing the hundreds of comments and reactions among fans of death and Black metal, the reactions have been quite positive in all aspects, both musical (which is the main thing), as well as the concept. metaphysical and artwork. The congregation that enjoys this type of proposal is very small, which makes it valuable. We don't compose thinking of anyone, less of the masses, they are always wrong.

Bizarrvs: Particularly I have been working together with my brothers from 'Degotten' on bass and second voices, in addition to the musical production of the last two works, the Split with the German band Prosatanos, entitled 'Demonic Fornication' and the EP titled 'Todeshymne'. The same happens with 'Maniaco', I'm in charge of the bass, vocals and musical production of the second LP that we hope to record this year. Regarding my musical project Grisvelos, we are just working on the rehearsals for our first presentation of the album 'Desperatio' that I composed and produced in 2020. In addition, I was in charge of the bass and the production of the second homonymous EP of 'Inhuman Entity' and the bass from the full length of 'Worship the Pestilence' called 'In Time of Plagues and Obscurity'.

Bizarrvs: We will maintain the extremity of the sound already created by Cristian and FOV, understanding that art is a process that is inevitably constantly changing, but nevertheless already has a central core.

Bizarrvs: Basically the 90s american death metal sound, with bands like Morbid Angel, Immolation & Hate Eternal, and the European counterparts, with bands like Luciferion, At The Gates & Belphegor.

Bizarrvs: We hope to see you soon, somewhere in our first tour.

Posted by OccultBlackMetal at 5:26 PM No comments: 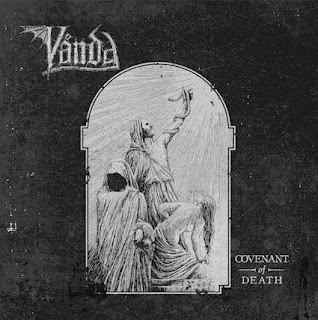 Posted by OccultBlackMetal at 7:58 PM No comments: 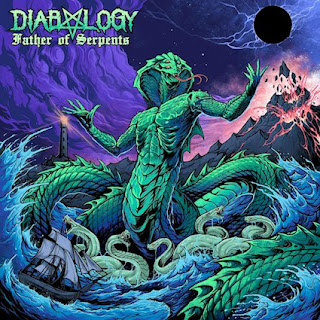 Snake  sounds  and  clean  playing  start  off  the  album  before  going  into  a  heavier  direction  while  the  vocals  also  add  in  a  mixture  of  clear  singing  and  growls.  Elements  of  thrash  metal  can  also b e  heard  in  the  guitar  riffing  along  with  all of  the  musical  instruments  on the  recording  also having  a  very  powerful  sound  to  them. 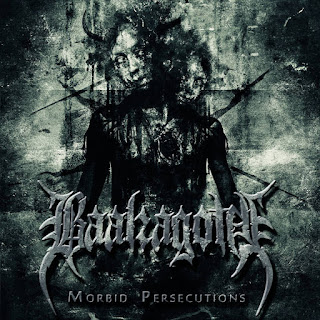 Posted by OccultBlackMetal at 4:33 PM No comments: 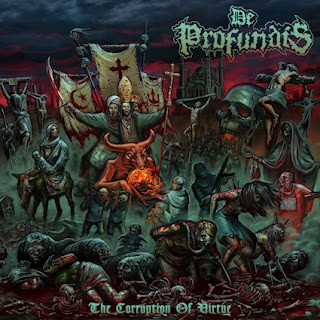 On  this  recording  De  Profundis  goes  for  more  of  a  brutal,  technical  and  progressive  style  of  blackened  death  metal.  The  production  sounds  very  professional  while  the  lyrics  cover anti  religion  and  anti  authoritarianism  themes.

Posted by OccultBlackMetal at 6:23 PM No comments: