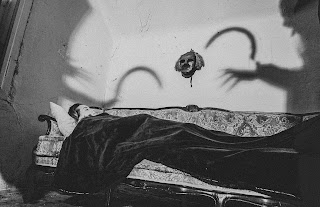 Mostly promotion work and working on the musics live implementation.
We did find suitable musicians in January with whom we've been in contact ever since.
Lots of supervising and directing so to speak.
Things were looking good and everything was ready for the live concerts in June but then Covid-19 hit, unfortunately.


2.In May you have a new album coming out, musically how does it differ from the ep you have released in 2018?

The demo was released on January 1st 2019, TTERBNEXEH didn't release anything in 2018.
ZWEITE BESCHWÖRUNG features a better production, better songwritting and a much tighter performance. It's better on all levels when compared to the demo.
The material is more diverse and captures the band during a certain moment in time. We are immensely looking forward to its relase.


3.A lot of your lyrics cover horror themes, can you tell us a little bit more about the films that have had an influence on your songwriting?

Horror, both in literature as well as in film, are our prime source of inspiration, that's right. Since we love the aura and atmosphere of not only Horror but
Euro Cult cinema in general, we wanted to incorporate that in our music - we thus created something we like to call
"the sound of the bloody iris" or simply "cemetery sounds".
Its an amalgamation of freedom, excess, depravity and perversion - its Rock 'n' Roll and Horror put together as one.

The tracklists of our releases provide you with the concrete answer to your question.


4.Some of your lyrics also touch on the occult, can you tell us a little bit more about your interest in occultism?

We are actually not interested in anything that is considered occult. We don't invest time in any obscure or crypting writings by obscure and
cryptic authors. We prefer to watch a movie or listen to a Rock record.


5.Can you tell us a little bit more about the artwork that is presented on the album cover?

It captures the Euro Cult atmosphere and can be seen as an hommage to Bava and Argento, the "darker" Giallo aesthetics.
There was and still is a lot of controversy going on which is great. Many people hate it and rant about it on the internet while others see what we see and
highly appreciate that.

Expect more controversy in the future.


6.Has the band done any live shows yet?

7.On the new album you also done a cover of Townes Van Zandt's "The Spider Song", what was your decision behind doing your own version of this song?

It actually happened by accident. I was listening to my Townes records sometime in spring of last year
and as soon as "Spider" hit i knew that this was a TTERBNEXEH song in disguise.
Besides that he is one of my biggest musical heroes. It was also interesting to see what a "Black Metal" band could do with a country song.


8.Most of the music is also heavily rooted in the 80s and 90s, do you feel a lot of modern music fails the capture of the atmosphere of that era?

We wouldn't say that per se. There's still a lot of great modern music out there. It's just more, a lot more, like quantity-wise. Zillions of records
are being released each day so one has to dig a lil deeper in order to find a gem.
But believe what we say, there's still a lot of gems out there to be discovered.


9.The new album is also coming out on 'Dying Victims Productions; how would you compare working with them to 'Caligari Records'?

It's not comparable. Caligari just re-released our demotape while DVP helped us to progress, artistically speaking.
They are both great labels and if you'll ever be given the opportunity to work with either one of them, take it.


10.On a worldwide level how has the reaction been to your music by fans of black and heavy metal?

We have received a lot of positive feedback and sold a few records as well so it seems as if people appreciate what we do.

We unfortunately can't answer this question since we don't know it ourselves as of today.

Here's a lil overview of our current playlists

Thank you very much for having us, we really enjoyed asnwering your questions.
"Zweite Beschwörung: Ein Kind zu Töten" will be out on May 22nd. 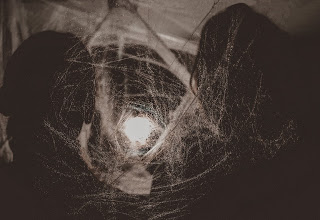 https://www.metal-archives.com/bands/Hexenbrett
Posted by OccultBlackMetal at 11:37 AM