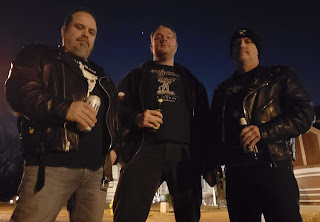 1. Can you give us an update on what has been going on with the band since the recording and release of the new album?
We're rehearsing material for our upcoming live shows and tours, beginning with the second Metal Threat Festival in Chicago next month! These upcoming live sets will focus on new album material - unless we're playing a new city, in which case we'll throw in an older song or two.

2. Recently you have released a new album, musically how does it differ from the stuff you have released in the past?
Most people are saying it sounds very focused on core elements, and I don't disagree. The full story is that the material on 'By the Light of Their Destruction' picks up where Vulpecula left off in 1999 - but with Alex on vocals instead of me. I decided to go this direction musically and conceptually even before the official release of 'The Unburiable Dead' in 2015 since I felt that album was the apex of what AK had formed to do. Vulpecula's focus was, of course, very different from AK's, and coincidentally just before V split, Mike had joined. With that in mind, it's not a stretch to say 'By the Light of Their Destruction' is pretty much what a new Vulpecula album would have sounded like in 2000!

3. Most of the lyrics on the new album deal with mythology and occult themes, can you tell us a little bit more about your interest in these topics?
Again, it's basically the Vulpecula effect. AK has touched on such topics before in songs like 'Ashen Glory' - which was partially written in the Vulpecula era, by the way. Our reputation until now has been that we focus on war, conflict, history and philosophy. By embracing Vulpecula, we bring in astronomical/cosmological elements, but even Vulpecula embraced those other concepts.

4. What are some of the other lyrical topics and subjects you have explored over the years with your music?
Our 2015 album, 'The Unburiable Dead' was a conceptual album revolving around the First World War, which traced the evolution of the conflict from all perspectives. 'Incendiary' included songs about the Chernobyl disaster in 1986, religious extremism - 'Incendiary,' the mythology of the phoenix - 'Ashen Glory,' a philosophical deconstruction of the idea that the world is governed by the aggressive use of force - 'Gathering the Eagles' and the core idea behind our band's name; and my own personal philosophical reflections - 'Silent Mortal Flesh' and 'Beasts that Perish.' 'Return to Dust' contained a few more of these personal reflections, plus songs about the horrors of nuclear war - not a new topic in metal, I know - and various scenarios dealing with war and conflict. 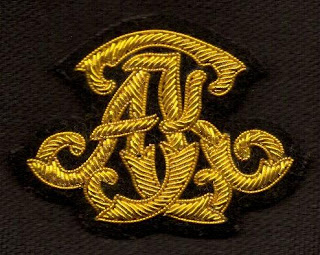 5. Can you tell us a little bit more about the artwork that is presented on the new album cover?
Yeah, it's 'The Ides of March' (study) by Edward John Poynter (1836-1919). It was an illustration for a later edition of Shakespeare's 'Julius Caesar,' and depicts Caesar and his wife viewing the portentious comet of 44 BC which would come to be known as Sidus Iulium, Caesar's Comet.

6. Most of the band members have a background playing extreme metal that goes back as far as the 80's, what is it that motivates you to keep going after 3 decades?
We've been close friends for decades and simply enjoy making music together, and all feel we still have something to say musically.

7. Out of all the shows and tours the band has done over the years, which one stands out the most?
It's hard to pick just one. There are loads of great memories anytime you go on a cross-continent tour. For my own part, I think the biggest surprise we've had was a show we played in Paris in 2016. The club turned into a crust punk gig (our favorite type of crowd) with bodies flying everywhere, including the stage, unplugging my pedal board...Alex accidentally bashing his head into a PA speaker...beer soaking everything. It was as awesome as it was unexpected. The tour also included losing a wheel from the van whilst tooling down an Italian highway...and I don't mean tire, I mean the entire wheel sheared off the bolts and went rolling past us on its merry way down the road...

8. What are the touring and show plans for the new album?
We're playing Metal Threat in Chicago in July, then a couple of midwest shows in September with our Canadian friends Begrime Exemious, but that's all we have on tap this year. We're currently planning fast and furious for 2020!

9. In between 2018 and 2019 you have also released 4 ep's, what was the decision behind putting out of all the releases during that time frame?
The idea was two-fold: One, to keep us on everyone's radar during the run-up to the album release, and two, to provide uninitiated fans a cheap, quick and easy exposure and history lesson for Ares Kingdom.

10. On a worldwide level how has the reaction been to your newer music by fans of black, death and thrash metal?
Reactions have been great so far. The production is our most primitive - on purpose, which tends to irk serious-minded journalists and professional critics more than regular fans, but I have to say that even most of the media have been able to 'hear through' the primitive production and recognize the underlying strength of the songs and concepts, which is very gratifying.

11. Where do you see the band heading into musically during the future?
I started writing the next album before 'By the Light of Their Destruction' was even released, so I can say it is moving further in the 'By the Light...' direction - although even darker, which is simply where my compositional head and heart are these days.

12. What are some of the bands or musical styles that have had an influence on your newer music and also what are you listening to nowadays?
Oh, it's basically the same old bands as always. My main interest as a guitarist has always been massive sounding guitars and heavy, lurching riffs. Sacrilege (UK) in particular has been a huge part of my musical life since I first heard them in '87, and their subgenre, which has since become known as crust or stenchcore, has been my favorite for many years. Yeah, I still love all the old regular thrash, death and black metal as always, but in terms of what I listen to daily, I focus on bands like Femacoffin, Agnosy, Lifeless Dark, Fatum, Weald, Filth of Mankind, etc.

13. Before we wrap up this interview, do you have any final words or thoughts?
Thanks for the great support. Check out our website www.areskingdom.com and accompanying merch page for CDs, LPs, picture discs, shirts, etc. And if only the music matters to ya, we're also found on all major digital platforms including Bandcamp. We're also on Facebook, of course.