Head Of The Demon Interview 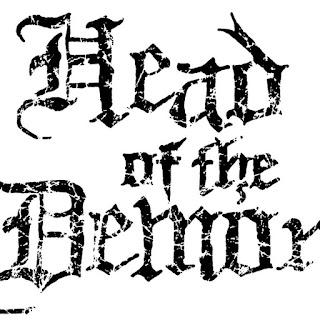 1.Can you give us an update on what has been going on with the band since the recording of the new album?
- Since the recording we have foremost been preparing for the albums release in terms of working out the layout, release date, and currently doing promotional work for it.

2.You have a new album coming out towards the end of April, musically how does it differ from the stuff you have released in the past?
- I don’t think it differs that much but rather is a mesh of the two previous albums. A synthesis of the two prior full lengths if you will.

3.There seems to also be a 4 year gap in between releases, can you tell us a little bit more about it?
- Yeah, that is not something we have thought about and only came aware of now with the 3rd release. Perhaps it shows a pattern of our creative process cause it it isn’t planned in that regard. Perhaps it’s just chance.

4.All of the band members also having experience playing in other styles of extreme metal, what is it that you bring in to the music of 'Head Of The Demon' that you where not able to do with your previous groups?
- That’s a good question, and to sum it up I’d guess one can say experience and maturity. Experience in terms of having learnt different playing styles and techniques. Not to forget arrangements and all that comes with that. And maturity in that you don’t want to sound like your idols, but use the inspiration you get from them to find a unique style that expresses individualism.

5.The lyrics on the 2 previous album cover Satanism, Occultism and Left Hand Path themes. Can you tell us a little bit more about your interest in the dark arts?
- My interest were sparked already at the age of 12-13 in terms of finding the occult and sinister approach to spirituality as something I wanted to seriously devout myself to. I then started reading about it in books that you could hold of in the library and noticed that some of my experiences were being described in sections of astral travels and the likes. It developed to a deeper level in my early 20’s and I then started practicing it besides only studying it theoretically. And since then I have more or less just submitted myself to over 20 years of practice. Meaning that several times a week you do hour long rituals and meditations to delve deeper into the path of initiation.

6.On the first album you covered the writings of H.P Lovecraft, can you tell us a little bit more about your interest in his works?
- I have Morbid Angel to thank for a lot in my life and one of the things that I discovered when I came across Altars of Madness upon its release was Lovecraft. I started delving into his stories and somehow found them connected to my interest in the occult. And since then I have held him in very high regard and been fascinated by both his literary work and to some extent his life. Necronomicon and Lovecraft being quite synonymous with each other does yield quite the weight both for his stories and also the occult.

7.Can you tell us a little bit more about the artwork that is presented on the new album cover?
- For the first time we didn’t use an already ready image but had one drawn up for us specifically. The artist is Timo Ketola. It is foremost based on the albums title Deadly Black Doom and embodies the spirit and title very well.

8.What are some of the best shows that the band has played over the years and also how would you describe your stage performance?
- We haven’t played live that much for having released 3 albums. But one that will never fade is De mysteris dom invicti in Ireland that Invictus Productions arranged for the labels 20th year anniversary. It was held in deconsecrated church, and we are not talking you cardboad box church. But one of dignity and medieval easthetics that evoke necromantic notions and had a genuine eerie feeling as it was surrounded by graves and a churchyard. When darkness fell on it it was sight for sure. And the gig went really well too.

9. Do you have any touring or show plans once the new album is released?
- There are some plans for a smaller tour in Europé but it is currently so far away that there is nothing to really talk about at this time. We do have gig planned the day after our albums release though. But with the current situation of Corona we’ll see if that even happens. But worst case scenario, it is postponed to another date.

10.On a worldwide level how has the reaction been to your music by fans of black and doom metal?
- Very good and very mixed I’d say. I think some are gladly surprised that it doesn’t sound like the bands we have played in while others are disappointed by that fact.

11.What is going on with some of the other bands or musical projects these days that some of the band members are a part of?
- There is for now only one member that has projects and a band and they are going well as far as I know. Some very interesting stuff will be coming from him in a not too distant future.

12.Where do you see the band heading into musically during the future?
- That is also a very good question, but also tricky to answer. We won’t remain on the same place that is for sure, but where we are heading is also very much up to the genii that guides us.

13.What are some of the bands or musical styles that have had an influence on your music and also what are you listening to nowadays?
- We are all metal heads in our bone but with time comes a wider acknowledgement of other styles and genres. Such as electronica, sound tracks, classical music, and generally what appeals to us. All of this taken together forms a back bone for our creative outputs and I do believe it shows in our music. As of late I have listened to a lot of Merciful Fate and King Diamond, early Metallica and plenty of Goblin.

14.Before we wrap up this interview, do you have any final words or thoughts?
- Deadly Black Doom is upon us! 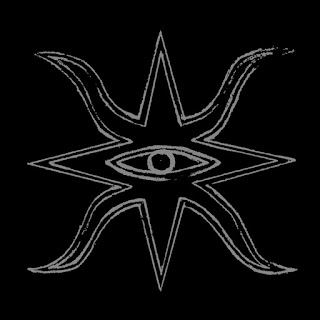