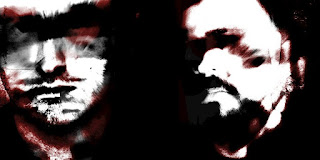 Cult Burial is a studio project that started in early 2020.  It’s a mixture of black, doom, death and post-metal.  At times there are some progressive elements.  The band released a 2-track EP called ‘Sorrow’ in March 2020 and four months later there was a full album recorded, which is out in November 2020.   There’s Cesar providing vocals, myself on the instruments and Felipe providing some extra guitars.

2.So far you have released an ep and your first full length coming out in November, musically how do they both differ from each other?

One of the tracks from the EP is on the album (Sorrow) so musically it’s a similar sound, but the album goes to different places - there’s more blastbeats, there’s more growling, there’s screams, there’s guitar solos, there’s riffs, there’s fast sections and there’s slow sections.

Cult Burial’s themes are about the self, about the bleakness of self-loathing and the feelings of emptiness and nothingness that follow and how that is dealt with (and perhaps not dealing with it in the best way).

4.What is the meaning and inspiration behind the name 'Cult Burial'?

It just sounded heavy.  I wanted a name that when you hear it, you immediately have a good idea what the music sounds like.

I love the artwork for the release.  It’s been created by Legerdemain (www.lgrdmn.com) - his work is incredible and when I discovered him, I spent hours just browsing his website and admiring his work.  I was fortunate enough that he was able to make a design for the cover of the album.

Cult Burial is a studio project, not a live one.  If there was one, I’d want full pyrotechnics, stage dancers, tigers on top of the amp cabinets and an elaborate 3D video display, all in your local 200 capacity metal venue.  It would be awesome.

I’ve had some bad experiences with record labels in the past in other bands so I’m not really interested at the moment for Cult Burial.  I’m taking up the record label myself and I’m happier doing it that way - I prefer having control over what’s happening and the direction for the project across all areas.   I’m sure there’s some great labels out there, but there’s some shit ones too!

8.On a worldwide level how has the reaction been to your music by fans of black, doom and death metal?

It’s early days, there’s only been two tracks released a few months back, but generally people seem to like the sound.  There’s been a couple of very early album reviews which have been really positive about the record so hopefully people are going to enjoy the album.

Cesar’s main band is a technical metal band called Enblood (www.enblood.com), they are awesome, check them out!

I’ve started on the second record and it’s going to be in a similar vein but pushing more the extremes of the first album - so it’s going to be heavier, faster, slower and softer all in the one record.

I find it hard to talk about inspiration or influence, as whatever comes out just comes out.  It’s not a conscious decision to make it sound a particular way, and if even if I wanted to, I probably couldn’t.  I like music with dark atmospheres, but I enjoy a Massive Attack album as much as I enjoy any heavy album.

Mo’ynoq - Dreaming In a Dead Language

Cult Burial’s debut self-titled album is out on 6 November 2020 and available for pre-order on Bandcamp from 8 August 2020.  Check us out on Facebook (www.facebook.com/cultburial) or Instagram (cult_burial).
Posted by OccultBlackMetal at 10:39 PM