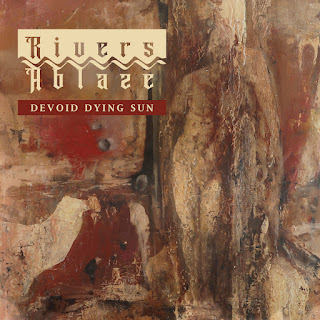 Rivers  Ablaze  plays  a  musical  style  that t akes  black  and  death  metal  and  mixes  it  with  some  progressive  and  experimental  elements  to  create  a  sound  of  their  own  as  well  as  keeping  everything  instrumental  while  the  production  sounds  very  professional.

Posted by OccultBlackMetal at 6:02 PM