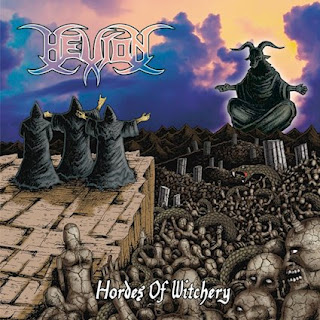 On  this  recording  Hellion  remains  true  to  the  blackened  thrash  metal style  of  their  previous  release  as  well  as  showing  some  progress  as  musicians.  The  production  sounds  very  professional  while  the  lyrics  cover  witchcraft,  darkness,  death  and  metal  themes.