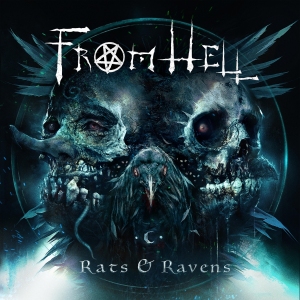 Vocals  are  done  in  more  of  a  melodic  power/thrash  metal  style  while  the  riffing  is  also very  heavily  influenced  by  the  previous  mentioned  musical  genres.  Whispers  and  cinematic  soundscapes  can  also  be  heard  briefly  along  with  all  of  the  musical  instruments  on  the  recording  also  having  a  very  powerful  sound  to  them.

https://www.facebook.com/thisbandisFROMHELL
Posted by OccultBlackMetal at 5:48 PM