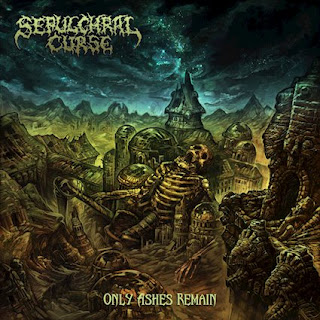 On  this  recording  Sepulchral  Curse  remain  true  to  the  old  school  style  of  blackened  death  metal  that  was  established  on  their  previous  release.  The  production  sounds  very  professional  while  the  lyrics  cover  Occultism,  Mysticism,  Spirituality  and  Death  themes  along  with  the  last  song  being  written  in  Finnish.

https://youtu.be/40TnkClugKI
Posted by OccultBlackMetal at 5:58 PM