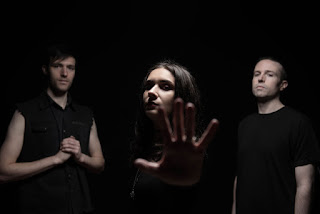 Phobetor formed in 2018. Mitch (the guitarist) had just moved to London and was looking to form a band. I found him through an advert online and from there we started playing some covers from bands we loved and then finally moved onto writing our own original songs. Marc stood in a few times for live drums and then finally joined the band full time after recording drums for the album.

2.So far you have released an ep and a full length, musically how do they both differ from each other?

For the EP we were still struggling to find our sound although with the album it all came together as a much heavier sound, better songs as well as better musicians bringing in Marc on drums and producer Neil Hudson.

The album revolves around the concept of mental illness, every song explores a different facet of internal struggles and battles, from Merging Infinity alluding to themes of depression via the allegorical depiction of the black hole, to When Life Falls Silent as an overview of the wholeness of life and its struggles.

4.I know that the band’s name came from Ovid's "Metamorphosis' can you tell us a little bit more about your interest in this novel and also do you have an interest in mythology?

Although we are not familiar with this novel the band’s name does come indeed from Greek mythology. The reason we chose Phobetor is due to the fact that he/she represents the embodiment of nightmares. It is said to penetrate a person’s dreams with various horrific manifestations. We found this concept highly appealing due to the fact that this is what we want to achieve with our music: a deep connection with the psyche, facing it with themes belonging to the darker side of life.

The choice of the artwork (by Hans Trasid) was made in order to reflect the lyrical themes treated throughout the album. As an album centered around the concept of mental illness and inner struggle, the artwork seeks to capture the nightmarish, macabre feelings of such experiences.

As the band is still in the process of establishing itself within the music scene we mostly played local shows in London however we had the honor of supporting Memoriam at the Camden Underworld shortly before the Covid-19 lockdown.  In terms of stage performance we would describe it as high energy and intense. As the singer in the band I seek to convey a sense of uneasiness and horror to my performance.

7. The album was released on 'Black Jasper Records', how did you get in contact with this label?

We set up Black Jasper Records last year as an independent label named after our beloved house cat.

8.On a worldwide level how has the reaction been to your music by fans of extreme metal?

It is still early days as the album was released only two weeks ago, however reviews and feedback so far have been mostly positive.

In terms of musical style we hope to push the sound to a more extreme level, incorporating more death/doom/black metal elements whilst retaining the groove aspect of our music.

We all have lots of different influences however my personal influences include Behemoth, At The Gates, Whitechapel, Sepultura, Fear Factory and others. In terms of recent albums I am really enjoying the new Paradise Lost album and the debut album from Strigoi.

I am currently studying for my Master in Film Studies therefore cinema is one of my greatest passions beside music. I am not particularly a sporty person but I enjoy badminton and kayaking and in January this year I was lucky enough to kayak in Torres Del Paine national park in Chile.

We appreciate all the support and positive feedback we have received so far and look forward to being able to perform some of these songs live when possible. 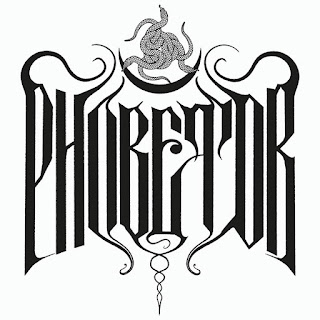