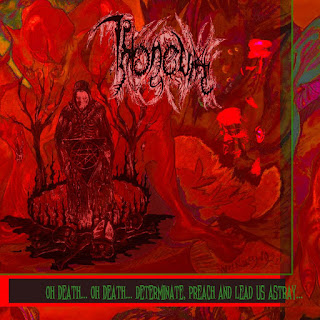 Clean  playing  can  also  be  heard  in  some  parts  of  the  recording  along  with  some  of  the  tracks  also  being  very  ritualistic  sounding  instrumentals  one  of  which  also  introduces  horror  orientated  keyboards  onto  the  album,  operatic  female  vocals  can  also  be  heard  briefly.  The  production  sounds  very  professional  while  the  lyrics  cover  Occultism,  Qabala,  Luciferian  and  Mythological  themes.

Posted by OccultBlackMetal at 10:46 PM